​Liverpool's mad December starts now and what a way to kick off with the Merseyside derby.

Following Wednesday's clash at Anfield, Jurgen Klopp's side have decisive clashes in the Champions League, EFL Cup, Club World Cup and Premier League as their mettle is put to the test and then some.

For ​Everton, December could be the end of the line for Marco Silva, with the maxim of 'the most wonderful time of the year' not proving true for Premier League managers.

Silva was granted a stay of execution after the latest of late defeats against Leicester. For all it matters now, the Toffees played well before Kelechi Iheanacho's stoppage time finish left Silva seemingly on the verge of tears. 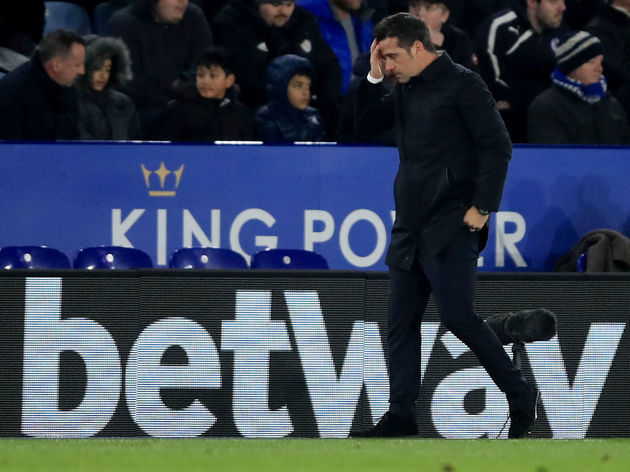 ​Reports suggest that another negative result could be Silva's last.

With ​Liverpool at home and eight points clear at the top of the table, and Everton on the precipice of an ignominious relegation scrap, this one should be a no-brainer. But this is the Merseyside derby and that is rarely the case. Liverpool will be without ​inaugural Yachine Trophy winner Alisson Becker, who was sent off in the win over Brighton, with Adrian deputising once again. It's unlikely the Spaniard dreamed he would feature quite this much when he signed on as a free transfer this summer.

Fabinho remains out until the new year, while Joel Matip is not expected to recover in time from a knee issue that has sidelined him since the draw with Manchester United.

Other than that - and the perma-injured Nathaniel Clyne - it's a full bill of health for the Reds.

For the visitors, Andre Gomes remains out with a leg break suffered during the clash with Tottenham back in early November. Jean-Philippe Gbamin and Cuco Martina are Everton's other definite absentees through injury.

Fabian Delph and Seamus Coleman are doubts, but would perhaps be unlikely to start regardless of their fitness issues. Theo Walcott is confirmed as available. 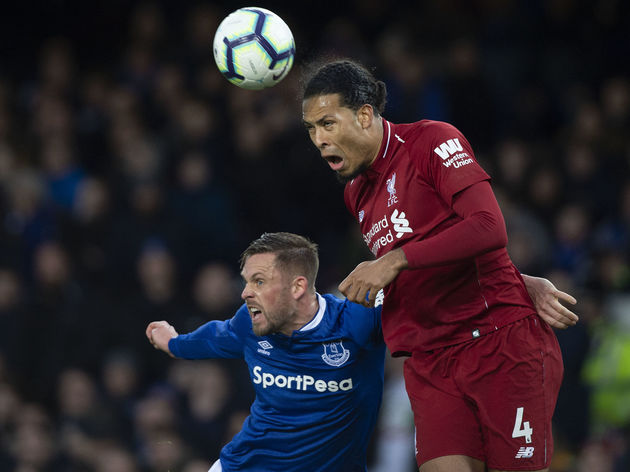 Wednesday's encounter at Anfield will mark the 285th meeting between the two old rivals.

Everton nabbed a 3-0 win in their first-ever fixture back in 1894, but it didn't take long for Liverpool to enjoy a superior record over their neighbours.

As it stands, the Reds have 119 victories in all competitions to Everton's 82, while there have been 83 draws.

Three of the last five meetings in the Premier League have ended in draws. However, all but one of those came at Goodison Park, while Liverpool have won four out of the last five in all competitions at Anfield.

In fact, the last time Everton beat Liverpool at all came in 2010 and they are on a dire run of 19 games without victory in all competitions against their rivals.

The last time the Toffees won at Anfield was way back in 1999 with Kevin Campbell scoring the only goal that day as Steven Gerrard, Sander Westerveld and Francis Jeffers were all sent off. Liverpool are famously the last unbeaten team in the Premier League this season, only dropping points away to Manchester United in 14 outings. However, probe deeper and the Reds have (maybe) shown signs of cracking in recent weeks, with sheer determination edging them to victory in several nervy encounters.

Whether their form is the mark of champions, or a sign of as yet unexposed fragility remains to be seen.

Everton, by contrast, could hardly have started the season worse and sit two points above the relegation zone on 14 points, having won just two of their last ten. Following what looked to have been a mini-revival with a credible point against Tottenham and away win over Southampton, the Toffees then fell to defeats against Norwich and Leicester, leaving Silva on the brink.

Liverpool go into the game as clear and obvious favourites but the Reds recent results don't inspire confidence that this will be a total walkover, while Fabinho and Alisson will be missed.

The Reds made the Brighton game more difficult than it needed to be, while Klopp's side have only won one game by more than a single goal (3-1 vs. Man City) since August.

Form may not go entirely out the window for the derby, but it at least perches on the windowsill and looks outside. The Merseyside derby famously has the highest number of red cards of any Premier League fixture in its history, while the added pressures of Liverpool's title challenge and Silva's job add to the occasion.

After losing this fixture to a last-minute Divock Origi header last season, Everton will be gunning for revenge at Anfield. Whether they have enough in the tank to get it is another matter.