Arsenal sacked Emery last week following a run of seven games without a win in all competitions and just two wins in the last 11 Premier League games since August. 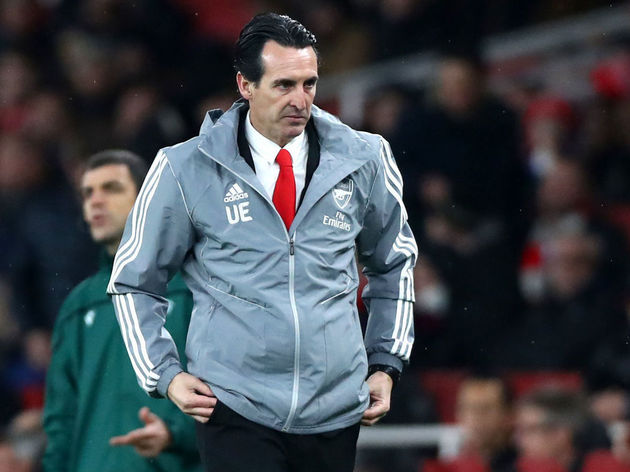 Ljungberg was promoted from the coaching staff to the role of temporary boss until a permanent successor is found. But the Swede didn’t enjoy the best start when the Gunners were held to a 2-2 draw by Norwich on Sunday and the win-less streak continued.

But the latest gossip from the Daily Mirror is that there are as many as 12 names that they will ‘analyse and assess’ in order to make a decision and ‘quickly’ move on from Emery.

Differing from previous reports, the newspaper claims that despite being on the list, Nuno is not a leading contender. Former Juventus boss Massimiliano Allegri is another said to be on it, but again not a primary option. Ex-Tottenham boss Mauricio Pochettino, Leicester’s Brendan Rodgers and the aforementioned Arteta are also said to have been shortlisted.

Even though the Mirror claims there are ‘up to 12’ potential names, the report only lists five. It does explain, however, that head of football Raul Sanllehi, technical director Edu Gaspar, managing director Vinai Venkatesham and contracts negotiator Huss Fahmy will form a four-man panel to cut the longer list down to only ‘four or five’ names to present to the senior board.

The Mirror claims Ljungberg is ‘unlikely’ to be on the reduced shortlist given his inexperience, yet the Evening Standard conversely reports that the retired midfielder is a ‘genuine contender’.

Also at odds with the Mirror’s claims about moving on as soon as possible is the Evening Standard’s assertion that Arsenal have ‘no plans to make a quick appointment’. That could see Ljungberg handed time to prove himself while other options are considered. An upturn in results could then see the Swede work his way into contention, with the club at least ‘open’ to the idea.

That paints a positive image of Ljungberg getting the job on merit if he is worthy, but the Daily Mail suggests that the Gunners may ultimately have little in the way of alternative choices.

That claim is that Arsenal may be unable to pay the going rate for an established elite level coach. Emery was earning around £4m per season at the Emirates Stadium, but the Mail highlights that Pochettino, Allegri and Carlo Ancelotti would all command at least double that.

The likes of Nuno and Rodgers might be more affordable from a wage perspective, but the addition of vast compensation to release them from their respective current clubs is an issue.

As such, it may be that Ljungberg or Arteta, who has been Manchester City assistant manager since 2016, are the most suitable managerial candidates that Arsenal can actually afford.