​Tottenham Hotspur midfielder Christian Eriksen is understood to have met specifically with manager José Mourinho to tell him that he wants to leave the club in the near future.

Eriksen's contract is set to expire at the end of the season, but Spurs have been trying to convince him to extend his stay at the club. However, he has always appeared hesitant to do so after hinting he wanted an exit during the summer. 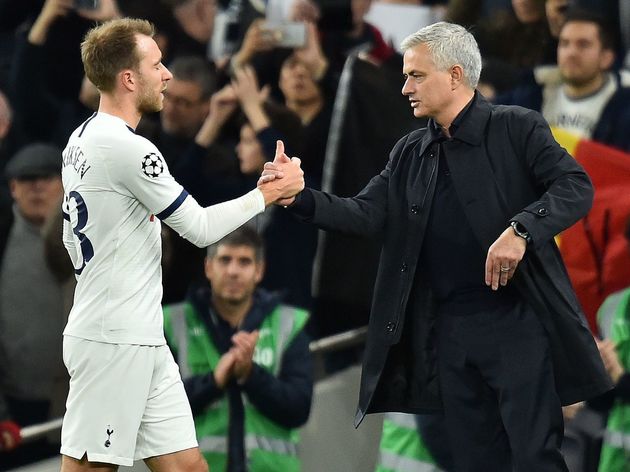 It was suggested that Mourinho's arrival could be the catalyst in convincing ​Eriksen to stay, but according to ​The Athletic, that has not happened as the Dane has 'definitively told' Mourinho that he would like to move on.

There was no animosity between the two, with both parties happy to accept the decision and move on, and the talks were said to be productive.

“I’m not going to tell you what we said. Just me and him — and Amazon. He’s committed, loves the club and is one of us," Mourinho said via the ​Daily Mail when asked about a meeting with Eriksen.

As noted by ​The Telegraph, Mourinho told ​Spurs that Eriksen would only be a regular starter once his contract situation was resolved. The likes of ​Dele Alli and Lucas Moura have started in his place, and it seems likely that they will continue to do so.

Eriksen would be happy to walk away in the January window, but he may be forced to wait until the summer if Spurs refuse to lower their asking price.

However, Mourinho could push to encourage Spurs to accept a lower price, as he would like some funds to try sign some backup players once the January transfer window opens. A striker to cover for ​Harry Kane is thought to be one of Mourinho's top priorities, given the Englishman is the only senior centre forward at the club, while a new defender is also high on his agenda.

Selling Eriksen would go a long way to helping Mourinho afford those players, and it appears that it would be in everyone's best interest for Spurs to let him go in January.

There are plenty of sides who are thought to be keen, with the likes of Paris Saint-Germain, ​Juventus (who love a good Bosman deal) and ​Bayern Munich just three of many, but whether any will actually want to pay to sign Eriksen is a different matter entirely.