The 27-year-old was integral for Jurgen Klopp's side as they won the Champions League in June, with his £67m arrival from Roma bringing composure and solidity to the Reds backline. He was equally impressive in domestic competition, winning the 2018/19 Premier League Golden Glove after keeping an astonishing 21 clean sheets. 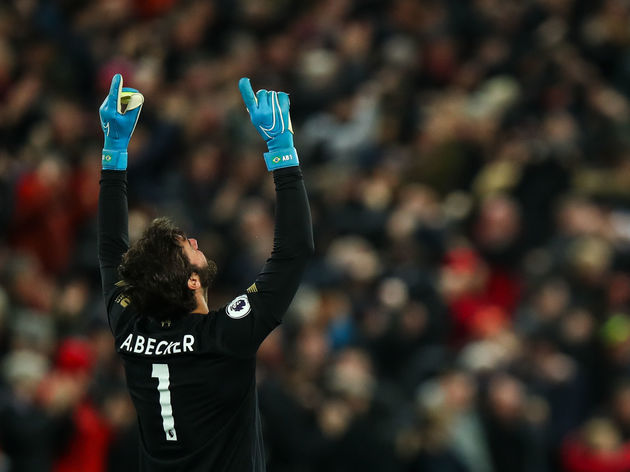 Alisson's displays for ​Liverpool saw him earn the Best FIFA Goalkeeper award in September, while he was also recognised as the top performer in his position during last year's ​Champions League.

It wasn't only the Reds for whom he sparkled. His attributes helped Brazil to their ninth Copa America title in the summer, with the man in question also winning the Golden Glove, as well as making the team of the tournament.

Unfortunately, Alisson was injured on the opening night of this season's ​Premier League as Liverpool trounced ​Norwich City 4-1 at Anfield, a calf problem seeing him sidelined for over two months. Those fitness issues failed to impact the South American's form on his return, though he has kept only two clean sheets from his 11 matches in 2019/20.

Nevertheless, the Merseysiders have an eight point lead at the top of the table, and remain unbeaten after the first 14 rounds of action, while they're also on course to reach the knockout stages in Europe, should they avoid defeat at Red Bull Salzburg on 10 December.