​Juventus have begun talks with Chelsea over potential deals for wingers Willian and Pedro, with both players out of contract next summer.

The Old Lady have been interested in Willian for some time, while their desire to sign Pedro has emerged only very recently. The pair are able to talk to European clubs in January and Juventus' sporting director Fabio Paratici has travelled to London to begin talks with Chelsea executives, according to both Tuttosport and Calciomercato.

​Juveversatility, as well as their current contract situations, and could potentially bring the ​Chelsea men in during the January window.

Maurizio Sarri worked with 33-year-old Pedro and 31-year-old Willian during his time at Stamford Bridge last season, in which they won the Europa League together.

The Brazilian has been at the club since 2013 after leaving Anzhi Makhachkala for approximately £30m, while the Blues brought in ​Pedro in 2015 following an illustrious spell with Barcelona.

The emergence of Christian Pulisic, Mason Mount and Callum Hudson-Odoi - all of whom are 21 or under - has limited the influence of both players, especially Pedro who has only played four games in the ​Premier League this season.

​Willian has been significantly more involved featuring in 13 league games, and starting all of Chelsea's Champions League fixtures this term, scoring three goals in all competitions.

However, the prospect of joining Juventus may prove too tempting for the Chelsea duo, who are nearing the latter days of their playing careers, and may seek success in Serie A with the Turin side - a league that neither attacker has played in. 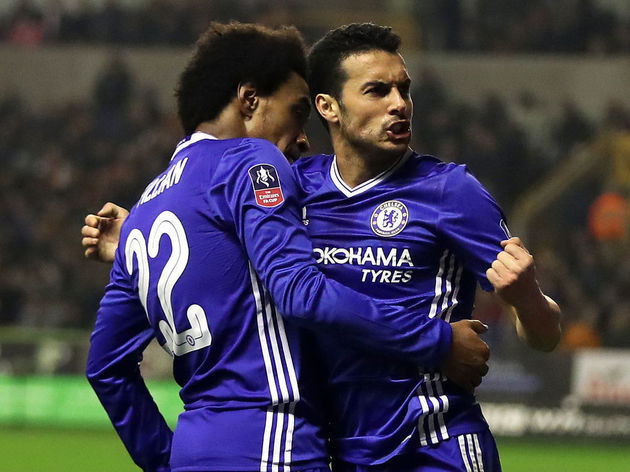 Juventus have recently poached a number of players on free transfers, including Emre Can from Liverpool and Aaron Ramsey from Arsenal, as well as Adrien Rabiot from Paris Saint-Germain.