Correcting the Ballon d'Or's Mistakes: All the Players Who Should've Won Since 1995

​The Ballon d'Or is expected to go to Lionel Messi in Paris tonight, making it a record six wins for the incomparable Argentine.

In the Messi and Ronaldo era, the award has taken on new significance as the defacto signifier of the best individual in the sport. However, the voters don't always get it right.

Ferenc Puskas and Kenny Dalglish are two famously overlooked examples, and Virgil van Dijk - most people's favourite for runner-up - can count himself in good company in being snubbed for football's top individual gong.

Since the award went global in 1995, here are seven stars who didn't win but probably should have... 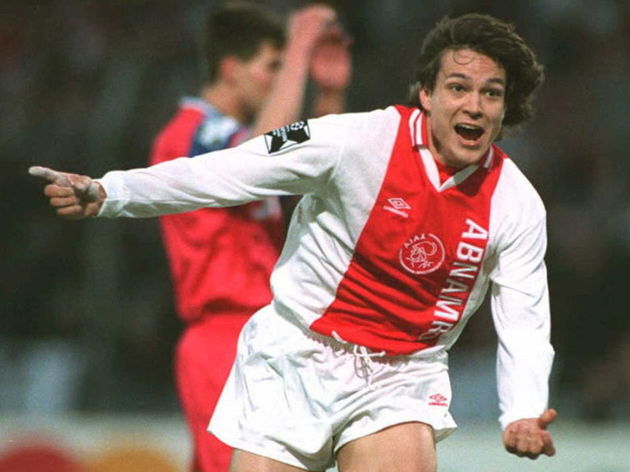 If 1995 was all about making sure the award went to someone outside Europe for the first time, then George Weah was a fine candidate. The Liberian striker also won African Footballer of the Year and was the Champions League's top scorer, bagging seven goals as PSG made it to the semi-finals. During the summer he then made the move to Serie A, with the side who had bested him in Europe, ​AC Milan, hitting the ground running in Italy.

Instead of competing domestically, PSG poured their efforts into Europe but fell short to Milan, who in turn lost the final to that Ajax side coached by Louis van Gaal, featuring Patrick Kluivert, Clarence Seedorf, Frank Rijkaard, Edwin van der Sar and the de Boer brothers.

The forward nicknamed 'Merlin' was the creative heart of the Ajax team, who had secured back-to-back Eredivisie titles, scoring 26 times in all competitions in 1994/95 as the Dutch side swept all before them, adding the Super Cup and Intercontinental Cup to their trophy cabinet later that year.

While Weah was the inclusive choice for 1995, the timing of the voting change possibly denied Litmanen - who came third that year - the recognition he deserved. 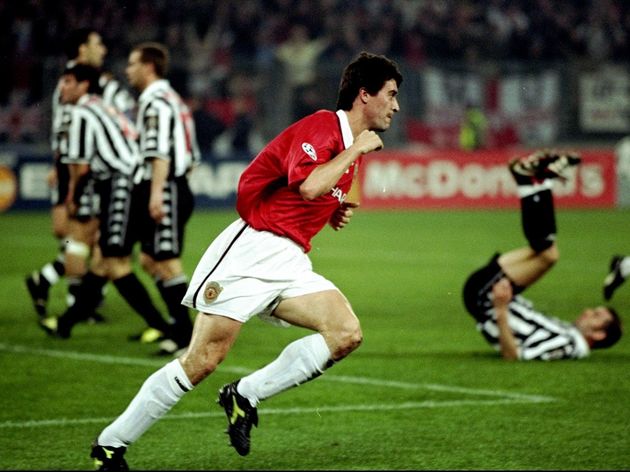 Rivaldo was awarded the Ballon d'Or in 1999 after a stellar season in which he played a starring role in the winning of La Liga and the Copa America.

However, while David Beckham actually finished runner-up in the voting, ​Manchester United's captain fantastic Roy Keane was overlooked by the judges, despite ending 1999 on top of the world.

The Irishman took the club's Sir Matt Busby Player of the Year award as he led United to that historic treble (the first and only ever by an English club), with his own standout performance coming in the Champions League semi-final comeback against Juventus, where Keane's determination and drive from the middle of the park became iconic.

Perhaps the fact that he was suspended for the final harmed Keane's chances for the Ballon d'Or. However, he did score the only goal in the Intercontinental Cup later that year against Palmeiras to further solidify United's world domination and his own claim as one of the very best at the time. 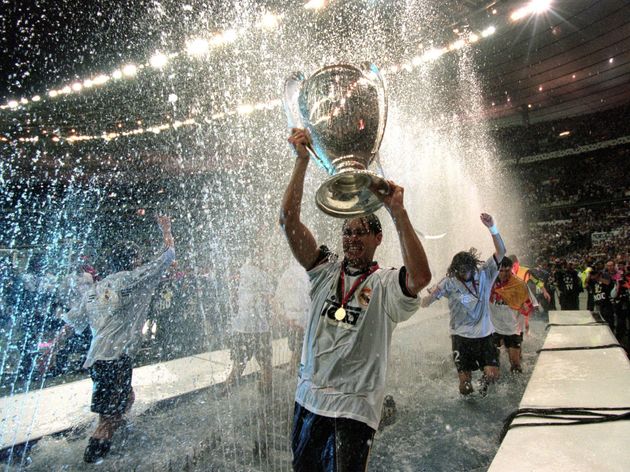 Luis Figo's controversial move across the Catalan-Castillan divide was rewarded with the first Ballon d'Or of the new millennium and while the Portuguese was arguably the best player in the world (and the most expensive), he didn't really have the best year.

He helped Portugal to the semi-finals of Euro 2000, but was on the losing end in La Liga as Deportivo ran away with the title. In Europe, meanwhile, ​Real Madrid won the Champions League but Figo hadn't joined yet.

Captaining Los Blancos to success at the Stade de France in Paris was deep-lying Argentine Fernando Redondo, who remains criminally underrated outside of his homeland of Argentina and Spain.

The classy midfielder picked up UEFA Club Footballer of the Year and Real Madrid's Player of the Year for 2000 and was simultaneously midfield playmaker and anchor for Vicente del Bosque's side. However, France Football's voters went for the glitzier option. A year later came one of the Ballon d'Or's most controversial awards in recent times, with Liverpool sensation Michael Owen causing a shock by pipping Raul to the honour, after helping Liverpool to a baby-treble of the FA Cup, the UEFA Cup and League Cup.

Real Madrid's homegrown hero Raul, however, had enjoyed his best ever year, top-scoring in both La Liga and the Champions League, while Los Blancos stormed to the league and reached the semi-finals in Europe. He was named UEFA's Forward of the Year in 2001 - as well as the years before and after.

The fact that Madrid were between Champions League titles - in 2002 Raul became the first player to score in two finals - possibly counted against him in the judges' minds. There are also suggestions that the Spaniard was a victim of voting politics, with the selectors keen to award to an English player for the first time since Kevin Keegan in 1979.

Raul, Madrid's 'eternal seven' was also perhaps a victim of his own consistency, but he never bettered his 2001 year. 2004 was the year football went weird.

However, one team that stood out among the unlikely chaos were ​Arsenal, who went the entire Premier League season unbeaten.

The French forward scored 30 times in the league in 2003/04, but unfortunately flattered to deceive for France in Euro 2004, while Arsenal were dumped out of the Champions League by Chelsea in the quarter-finals.

Instead, Andriy Shevchenko, who blitzed Serie A with Milan, picked up the Ballon d'Or, while Henry had to make do with fourth place.

Henry has since claimed he never thought about winning the Ballon d'Or as a player, but to be overlooked by France Football in the season in which he won the league unbeaten, was named PFA and FWA Player of the Year, won the Premier League Golden Boot and was named FIFA World Player runner-up may have understandably stung.

Henry is remembered as the Premier League's greatest ever player, and 2004 was his greatest season. 2006's voting was ultimately swayed by Italy's World Cup victory in Germany, with Fabio Cannavaro taking first place as captain of the Azzurri under Marcelo Lippi.

The centre-back, who was the first defender to win since Franz Beckenbauer in the 1970s, had enjoyed a stellar tournament but, at 33, his powers were already somewhat on the wane.

Samuel Eto'o, by contrast, was consistently brilliant in 2006, claiming the Pichichi trophy with 26 goals in a title-winning ​Barcelona season which kickstarted a new era of dominance.

he Cameroonian finished sixth in the overall Ballon d'Or rankings. However, that doesn't do justice to what was a pretty sensational year for a player who, alongside Ronaldinho, lit up the most terrifying attack in world football.

As Frank Rijkaard's side powered to Champions League triumph over Arsenal, Eto'o scored the crucial equaliser the final and was named

A knee injury kept him out from the end of September to January 2007, perhaps hindering his chances of becoming only the second ever African player to win the Ballon d'Or. ​2007 saw Kaka named Ballon d'Or winner after starring in AC Milan's Champions League triumph. The elegant Brazilian was famously the last person to win the award other than Lionel Messi or Cristiano Ronaldo prior to Luka Modric interrupting the duopoly last year.

However, despite European success, there is an argument that 2007 was actually one of Kaka's poorer years in Milan on an individual level, with the attacking midfielder more productive in both 2006 and 2008.

One man who did enjoy his very best season in the year of 2007 was Roma legend Francesco Totti, who won both Serie A's top scorer award and the European Golden Shoe after hitting 32 goals in 50 matches. In addition, he was also the top assist maker in Italy's top flight that season, playing in a false nine role.

Totti was also named Serie A's Italian Footballer of the Year as Roma won the Coppa Italia, in which he scored the first-leg opener, and Supercoppa Italiana.

'Er Bimbo de Oro' (the Golden Boy) had to make do with tenth on the Golden Ball rankings, with Roma's embarrassing Champions League quarter-final defeat to Manchester United and his retirement from the Italy national team counting against him.