​Jose Mourinho makes his return to Old Trafford when his Tottenham side visit Manchester United on Wednesday night.

The two sides have experienced inauspicious starts to the season, with Tottenham now sat in fifth following two Premier League wins in a row, while United are two points below their next opponents in ninth.

The pressure is mounting on Ole Gunnar Solskjaer, who has overseen consecutive draws against promoted sides in United's last two league games, while Mourinho has won his three games in charge but seen Spurs ship six goals in that time. 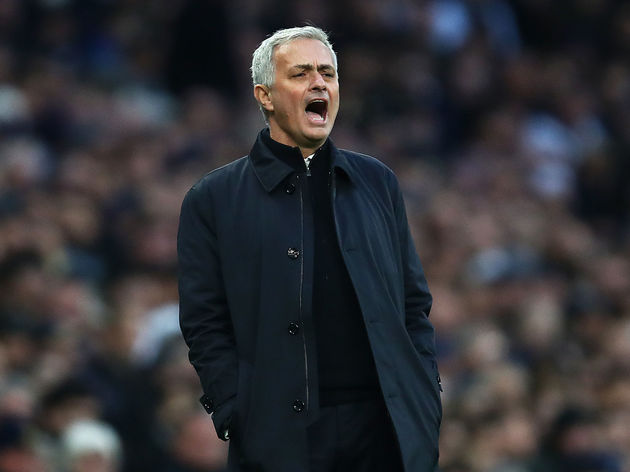 Here's everything you need to know ahead of ​Wednesday's clash.

The headline news for United is that Solskjaer is ​hopeful one of Paul Pogba or Scott McTominay will be available, with the Red Devils recently using Fred and Andreas Pereira as a midfield pair. McTominay is thought to be closer to full fitness than Pogba. Eric Bailly, Timothy Fosu-Mensah and Marcos Rojo remain absent, while there are further doubts over Diogo Dalot and Nemanja Matic.

Spurs remain without goalkeepers Hugo Lloris and Michel Vorm, meaning Paulo Gazzaniga will remain between the sticks, with Erik Lamela and Ben Davies both also out.

Jose Mourinho opted to use Jan Vertonghen at left back against Bournemouth on Saturday but could be tempted to move the Belgian infield to partner Toby Alderweireld at centre back, with Danny Rose taking the vacant spot.

United dominate the head to head standings, managing 91 wins to Tottenham's 52 in all competitions, with 48 matches ending in draws. Last season saw each side win at the other's home ground, Lucas Moura netting twice in Spurs' 3-0 win at Old Trafford, while David de Gea produced a goalkeeping masterclass at Wembley in a 1-0 Red Devils victory.

Solskjaer's side are three games without a victory in all competitions, last winning in early November when they beat Brighton 3-1. Since then, they've drawn with Aston Villa and Sheffield United and lost at Astana, though the latter featured a young and experimental squad. Since the sacking of Mauricio Pochettino, Tottenham have been scoring and winning, even though they've shipped a fair few strikes in the process.

Former Chelsea boss reign started with a 3-2 success at West Ham, before the 4-2 Champions League success over Olympiacos and another 3-2 win over Bournemouth.

Mourinho back at Old Trafford. ​United looking a bit clueless. ​Tottenham on a winning run. No, this isn't going to be a good game, but instead 90 minutes of Mourinho-ball.

United have the attacking players to hurt Tottenham's vulnerable defence, but with Dele Alli and Son Heung-min flying and ​Harry Kane also among the goals, Spurs should have enough to come away from Manchester with three points. This fixture has been notoriously difficult to predict over the years, however, so don't be surprised if it all kicks off one way or another on Wednesday night.