​Another week, another batch of enthralling Premier League action.

Here are seven things we learned from all the fun.

Tammy Abraham Is Vital for Chelsea One of the stars of ​Chelsea's season so far has been striker Tammy Abraham. However, the Blues were without their ten-goal hitman for Saturday's meeting with ​West Ham, and they really missed him.​

​Olivier Giroud was lifeless in attack, while Christian Pulisic struggled to get involved in a central role. Neither brought Abraham's mobility and positioning, and Chelsea looked lifeless without him.

The hope is that he will be back in time to face Aston Villa on Wednesday, which will come as a huge boost for Lampard's side.

Everton Are Actually Not Bad 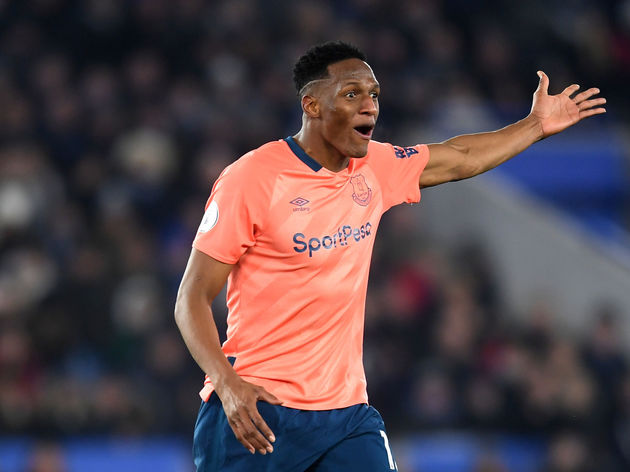 ​Everton may have fallen to a 2-1 loss against high-flyers ​Leicester City, but their performance was actually far better than many expected.

For a side who are supposedly one game away from sacking their manager, Everton were actually fairly impressive at times. They looked creative, determined and passionate, only for a controversial late goal to break their hearts again.

Marco Silva is almost certainly still facing the sack, but it would be harsh to part ways with him after this showing.

One of the biggest moments of the weekend was ​Liverpool's Alisson being shown a red card for handball outside the box. He was replaced by Adrián but, before the Spaniard could set himself, Lewis Dunk had fired a low free kick past him and into the bottom corner.

Yes, it was probably the worst goal you'll ever see, but it just came as such a surprise. Nobody on the entire planet saw it coming, but Dunk was just one step ahead of the rest.

The goal meant pretty much nothing, but we still liked the surprise.​

Dele Alli Is Back Has anyone benefited from José Mourinho's move to ​Tottenham Hotspur as much as midfielder ​Dele Alli?

Finally back in his preferred attacking midfield role, Alli has looked superb during Mourinho's young reign, and he had his best performance of the season by firing two goals in the 3-2 win over ​Bournemouth.

Mourinho could be the man to rejuvenate Alli, which can only be a good thing for English football.​

What a debut ⚒️

Now, I'm not here to slate ​West Ham goalkeeper Roberto. I know full well that I wouldn't be a good ​Premier League goalkeeper...but Roberto isn't one either.

The Spaniard has been one of the season's worst performers so far, and he was finally dropped for 33-year-old David Martin, who enjoyed the debut of dreams against Chelsea.

Yes, the Blues made it easy for him at times, but Martin looked excellent throughout. The emotion on his face after the game was fantastic, and it was exactly what West Ham had been missing earlier in the season. ​Arsenal sacked Unai Emery! Life is good again! Wait, what do you mean it's not?

With Freddie Ljungberg at the helm, Arsenal still found themselves staring defeat in the face against relegation-threatened ​Norwich City. They needed ​Pierre-Emerick Aubameyang to bail them out yet again - now where have I heard that one before?

Ljungberg was never going to work miracles in his first week in charge, but there's clearly plenty of work for the Swede to do.

Watford Are In Real Trouble ​Watford have been in trouble for pretty much the entire season. Every week, you think things can't get any worse, and then things go and get a whole lot worse.

Losing a relegation six-pointer against ​Southampton is bad enough, and now Quique Sánchez Flores has been sacked less than three months after taking over. Watford have had more managers than ​Premier League wins this season.

How on earth can they come back from this? Who knows, but it's certainly going to be fun finding out.