Manchester City manager Pep Guardiola has insisted he does not believe a lack of confidence is hampering his side's progress this season, following another disappointing result against Newcastle.

Despite taking the lead twice at St James' Park through Raheem Sterling and Kevin De Bruyne, goals from Jetro Willems and Jonjo Shelvey ensured the points were shared as City lost more ground on Liverpool – who would beat Brighton later on Saturday – in the Premier League title race.

While the result means City now need a handful of favours from Liverpool if they are to retain their title, Guardiola claimed the squad's confidence has not taken a knock following two consecutive draws in a week.

“You [the media] analyse the result. Of course, it’s not good for us. It’s good for ​Newcastle. After 1-2, it was difficult. It was last season and this season as well. They have taken results against ​Tottenham and ​Manchester United.

“What can we say of the team? Create more than the opponent and concede few. That’s happened. After that, we try to improve our clinical position and to defend as well as possible.” 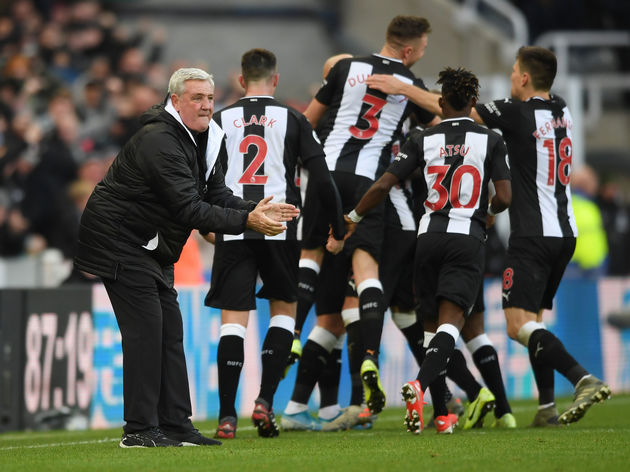 ​City are back in action on Tuesday night when they visit Burnley, who are fresh off the back of a home loss to Crystal Palace.

The former Barcelona and Bayern Munich boss could ring the changes for the game, with Bernardo Silva, Joao Cancelo, Angelino and Rodri among those hoping to benefit from any potential starting XI rotation.