​Ernesto Valverde admitted the presence of Lionel Messi in the Barcelona team is a major advantage in tight matches following the Argentine's match-winning contribution in the 1-0 victory over Atletico Madrid on Sunday.

In what was an entertaining but goalless game approaching full time, Messi combined with Luis Suarez before firing past Atleti goalkeeper Jan Oblak from the edge of the box, taking Barça back to the top of La Liga and six points clear of Sunday's opponents.

After the game, Valverde admitted Messi's quality can be the difference in tight games, as was the case at Wanda Metropolitano. 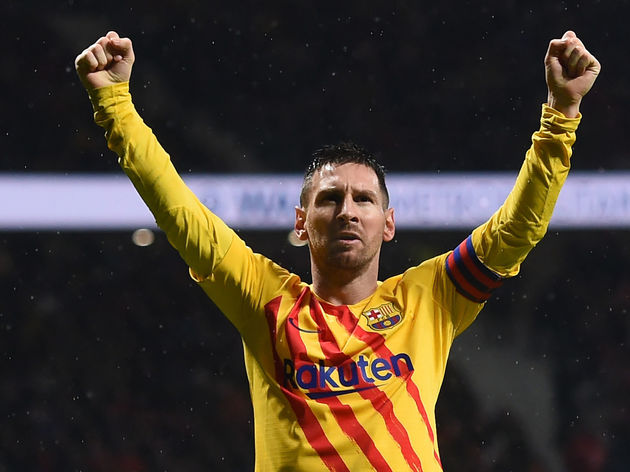 He said, as quoted by ​Marca: "When matches are tight and [your opponents] are strong, having Messi is always a great advantage."

Gerard Pique hit the crossbar while both Jan Oblak and Marc-Andre ter Stegen were tested throughout the night, and Valverde admitted he enjoyed watching the game, also providing an update on Pique, who struggled with a knock after being smashed by Vitolo late on.

"I liked it all," he said. "You have to watch matches from your team's point of view. We suffered at the start and we got the three points, we won't think about the bad now.

"There were two goalkeepers on the pitch who can perform miracles and they often make great saves."

Regarding Pique, Valverde added: "I think he's fine. He could've continued, but it was better not to risk it." The result leaves Atleti with a lot of work to do to get back into the title race, while ​Barça are now level on points with rivals ​Real Madrid, leading Los Blancos courtesy of their superior goal difference ahead of the Clasico on 18 December.

The pressure on Valverde has eased over the past month or so following five wins in their last six La Liga games, while they have also secured safe passage through to the Champions League knockout stages as Group F winners ahead of Inter and Borussia Dortmund.