Liverpool & the Ballon d'Or: Past Winners, Near Misses & Nominees

It's been a hell of a year for Liverpool Football Club and the nominees for 2019's Ballon d'Or reflect that.

​A 'leaked' document claims to show that five Liverpool players have made the top ten in the voting, with Van Dijk set to finish second only to Lionel Messi, while Salah outranks Cristiano Ronaldo in third.

We'll have to wait to see if that's accurate, but this year looks set to be ​Liverpool's best ever in terms of recognition from football's most prestigious individual award. Liverpool's only winner of the Ballon d'Or to date is Michael Owen who - slightly surprisingly - pipped Raul and Oliver Kahn to the award back in 2001, after a season in which he scored 24 goals, helping the Reds to the FA Cup, League Cup and UEFA Cup.

Kevin Keegan famously won the award twice in 1978 and 1979 but only after leaving Liverpool for Hamburg, though he did finish as runner-up in 1977 after lifting the European Cup with Bob Paisley's team.

Can Van Dijk then become only the second Liverpool player in history to be crowned the best of the year? Probably not, according to most reports which put Messi well in front. 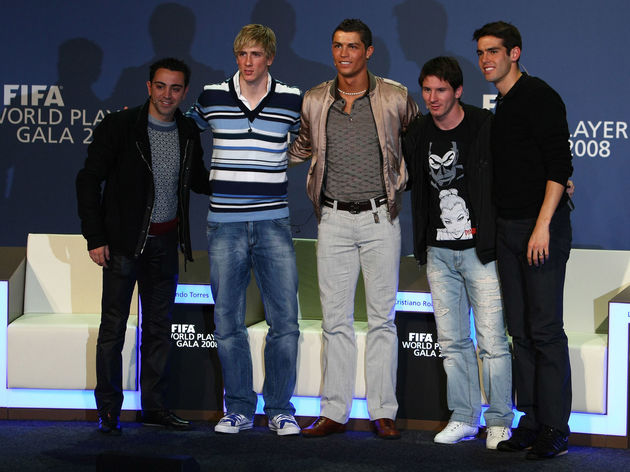 Club legend Kenny Dalglish placed second in the voting while at Liverpool in 1983, but lost out to Michel Platini, who won the first of three in a row.

Keegan, as mentioned above, also finished runner-up in 1977 before going on to lift the trophy twice once no longer a Liverpool player.

More recently, Steven Gerrard came third in 2005 (behind Ronaldinho and Frank Lampard) after the miracle in Istanbul, while Fernando Torres was also in bronze position in 2008 (behind Cristiano Ronaldo and Messi) - the year in which he scored the winning goal in the European Championships final.

Beyond that, Gerrard has also finished ninth (2009) and tenth (2008), while Luis Suarez was possibly unfortunate not to make the top ten in 2014 for his goalscoring heroics. However, he did come sixth in 2011 the year he signed for the Reds and has finished as high as fourth since joining Barcelona. While losing to Platini in 1983 is no disgrace, Dalglish had as good a claim as anyone a few years before in 1978, scoring 31 times in a mammoth 61-game season, which culminated in bagging the winner in the Reds' second European Cup title.

Graeme Souness too might feel a little aggrieved to have been overlooked during Liverpool's glory days. Specifically in 1981, when the all-action, moustachioed Scot was the European Cup's top scorer as Liverpool won their third title, with a 1-0 win over Real Madrid.

Finally, Gerrard in 2005 anyone? The homegrown hero dragged Liverpool kicking and screaming to the Champions League title in a way perhaps never seen before or since in football but only made it into third with the Ballon d'Or voters. Clearly, the Reds' domestic form cost him, while I suppose Ronaldinho was pretty good too...