​Sheffield United are considering making a move for Watford goalkeeper Ben Foster at the end of the season.

The Blades have enjoyed an exceptional start to the season, conceding the second fewest goals in the Premier League this season with on-loan Dean Henderson between the sticks.

The Manchester United loanee has been extremely impressive and their are concerns that he may be out of the Blades' price range come the end of the season, leaving Chris Wilder to search for alternatives.

Now, The​ Sun report that former England international Foster, who has shone for Watford in what has been a desperately disappointing season, is one option for Wilder.

Foster could be available on the cheap if the Hornets are relegated to the Championship and it's thought his inclination towards a short-term deal may be appealing to the Blades, given he is now 37 years old.

That would allow Wilder more time to identify a long-term successor to Henderson, although he may be back on the club's radar if he remains at ​Old Trafford as an understudy to David de Gea for any length of time. 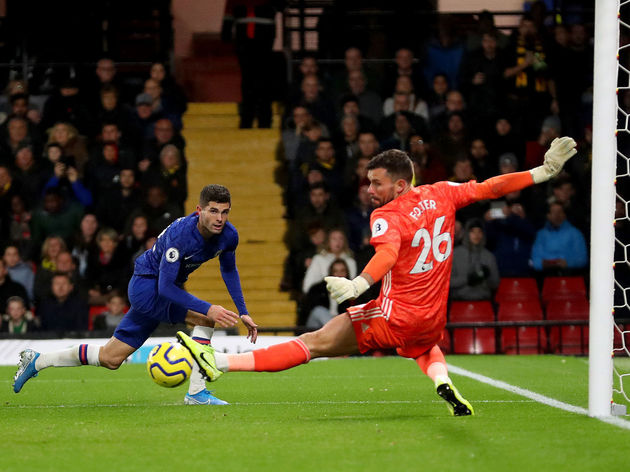 Foster has enjoyed a distinguished top flight career with Birmingham City, West Brom and now Watford, appearing eight times for his country before announcing retirement from the international game in 2014.

Despite being part of a Watford side that has conceded the third most goals in the league - including the 8-0 defeat to ​Manchester City - the stopper has won plaudits for his consistency in tough times at Vicarage Road this campaign.

His career bares something of a resemblance to Henderson, given that both had to go out on loan in search of first team football after struggling for game time at Old Trafford.

Henderson has been a fundamental part of Sheffield United's unexpected success in the Premier League this season, conceding just 13 goals in 14 games as the Blades have risen to seventh place.

His form has earned him an England call-up, and with the Three Lions' number one spot far from secure in the hands of ​Jordan Pickford, the 22-year-old may fancy his chances of making Gareth Southgate's squad for Euro 2020.