As arguably the best club in the history of world football, Real Madrid have had more than their fair share of success, both on a team and an individual level.

With so many superstar names in their ranks over the years, Real have had plenty of representatives in the running for the Ballon d'Or since its inception back in 1955, but this year looks like it could be a different story.

❗There is a 'leaked Ballon d'Or rankings' list leaked by an anonymous source earlier on Twitter today, in which Messi wins the award. pic.twitter.com/Uifzhxa5ov

According to ​leaked results of the final standings (which we must stress are completely unverified), ​the only representative from the club in the top ten is ​Eden Hazard. While there is no way to know if that is true just yet, it wouldn't come as much of a surprise, given ​Real's struggles over the last year.

In fact, the only years this century in which Real players have had worse representation in the Ballon d'Or running were 2004 and 2005, in which no Los Blancos representatives finished in the top ten.

Back in 2004, Real had just finished fourth in ​La Liga, and no player was deemed good enough to even come close to eventual winner Andriy Shevchenko of ​AC Milan. 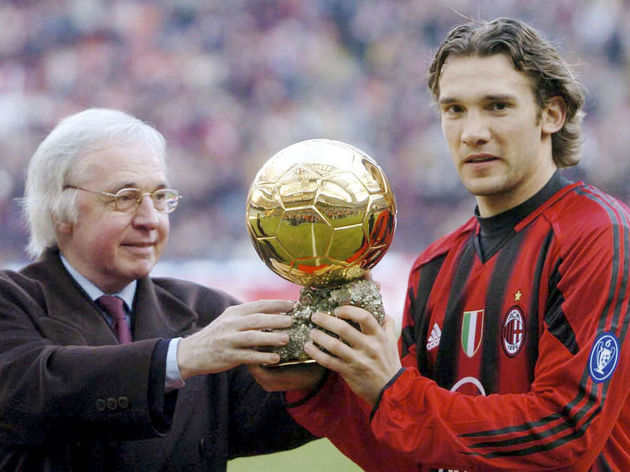 However, their performances in 2005 were noticeably better. They finished second in the league, thanks to the stellar showings of Ronaldo (the original), but their failure to advance past the round of 16 in the ​Champions League hurt their case. ​Barcelona

Since 2011, Madrid have had one player in the top two of the voting, and the last time they failed to achieve a podium finish was way back in 2010, when ​Cristiano Ronaldo and Iker Casillas finished sixth and seventh respectively as Lionel Messi and Spain's World Cup winners dominated the rankings.

There were also no Real players in the top three in 2003 and 2007, but Los Blancos have otherwise been ever-present in the running for the individual award. As noted by ​AS, Real players have won the Ballon d'Or 11 times - a record shared with rivals Barcelona.

here have also been successes for​ Luka Modrić