​Leicester City manager Brendan Rodgers has hinted there may be a release clause in his contract with the Foxes, amid rumours he is being lined up by Arsenal to replace Unai Emery.

The Gunners are looking at a number of different candidates, including Mikel Arteta and Massimiliano Allegri, and it is thought that Rodgers' name is close to the top of their wish list, thanks to his fantastic showings with Leicester. It has been rumoured that Rodgers has a £14m release clause in his contract, and the boss suggested to ​Sky Sports that those reports could be true, but he did move to distance himself from the ​Arsenal job.

"There probably is (a clause) in most manager's contracts. It's all hypothetical - all these types of situations," he confessed.

"My focus is very much with ​Leicester because I made a change eight or nine months ago, and I've been so happy since I came here.

"I've been very fortunate in my career to work with some brilliant clubs and great institutions. It was an ambition to come to here to help the club arrive in the top six. Everything's been great since we've worked together.

"My ambition is to help this club, a responsibility to share that with the others and move the club forward. There's great potential here at Leicester City to push on in the next few years."

According to ​The Athletic, Arsenal have already reached out to Leicester to see whether Rodgers is available, but they were swiftly told to forget about hiring the boss.

Rodgers' latest words will only fuel talk of a potential move to Arsenal - especially as it is believed that he sees the position as 'a dream' - but the former Celtic and Liverpool boss insisted that he does not let the rumours bother him. 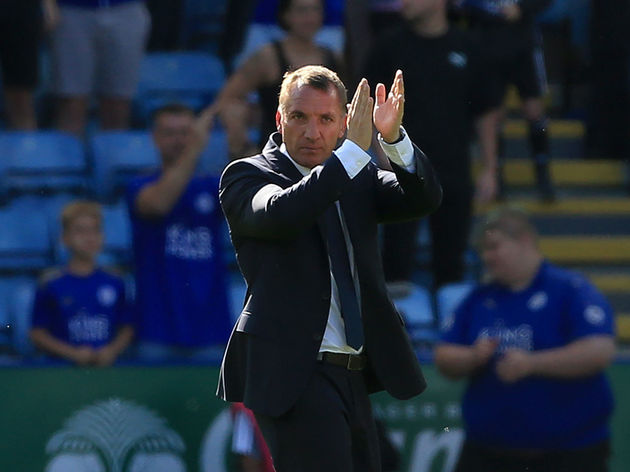 "[The speculation] doesn't annoy me. It's something that's not in my control really," he added.

"Names will get thrown in left, right and centre. With the Arsenal job there is probably about ten names."