​Manchester United manager Ole Gunnar Solskjaer has admitted he is optimistic of seeing at least one of his injured stars return in time to face Tottenham Hotspur on Wednesday.

United have battled a real injury crisis all season, and it is currently their midfield which is suffering the most. Paul Pogba, Scott McTominay and Nemanja Mati "We have still got two days and we need to look at everyone here as well,” Solskjaer said. “We have only got two days, so let's see, but, hopefully, we can see one of them on the pitch.

"They are working hard behind the scenes."

Out of the two players, it is understood that McTominay is closer to a return for United. The Scotland international has been missing since the 3-1 win over ​Brighton and Hove Albion in early November, when he picked up an ankle injury, but is thought to be nearing full fitness.

As for Pogba, he has been battling his own ankle injury for months, but it appears as though a return to action may not be too far off for the Frenchman.

With all three central midfielders currently sidelined, Solskjaer has been forced to get slightly creative with his lineups. Attacking playmaker ​Andreas Pereira has been used in a deeper role to help the squad, but the Brazilian endured a real nightmare showing in Sunday's 2-2 draw with ​Aston Villa.

Pereira faced plenty of backlash from fans for his poor performance, but Solskjaer quickly leapt to his defence and praised the midfielder for his selflessness. 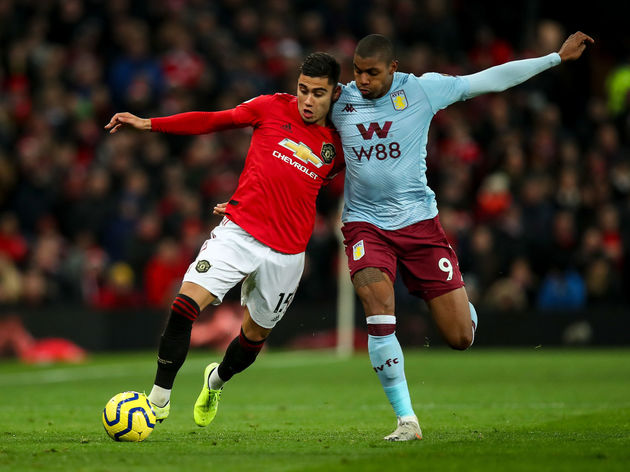 "Andreas is improving all the time," said Solskjaer. "