Leicester City back up to second in the Premier League on Sunday, thanks to a last-gasp winner from Kelechi Iheanacho against Everton at the King Power Stadium to complete a 2-1 victory.

Everton took a first-half lead after Alex Iwobi fed Dijbril Sidibe, whose fine cross was met with a bullet header from Richarlison.

Leicester were then awarded a penalty after Ben Chilwell was judged to be caught in the box by a careless Mason Holgate challenge, but the decision was overturned by VAR.

The Foxes grabbed an equaliser just after the hour mark, Wilfrid Ndidi breaking forward through the middle before finding substitute 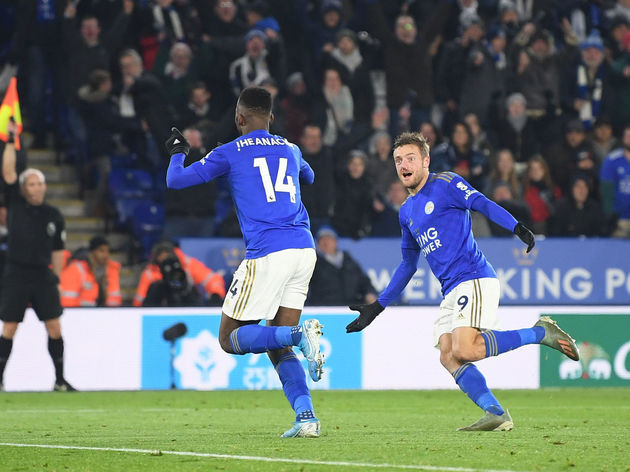 This was a game altered by one key substitution; Brendan Rogers introducing Kelechi Iheanacho. Leicester struggled to get key players on the ball in the first half, with Everton sitting deep when the Foxes were in possession, not allowing Vardy to run in behind, while James Maddison struggled to find pockets of space in between the midfield and back four. Leicester did not look their usual quick and fluid self, but that was in part due to the way that Everton set up.

The Foxes upped it in the second half, with their equaliser coming from a lightning-quick move. Ndidi won the ball back midfield and attacked at pace, not enabling Everton to recover their compact defensive shape. When Leicester moved the ball quickly, the Toffees could not cope. Iheanacho was an inspired substitution, and the former Manchester City man changed the game with his pace and intensity, scoring one and creating the other.

The midfielder does not often get the credit he deserves due to the sheer quality of those around him, but he was outstanding on Sunday. He broke up play all game and crucially won the ball back in the build-up to the Leicester equaliser, before creating the winner with a superb pass.

Maddison, Vardy, Soyuncu etc will weekly get the plaudits, but don’t be surprised if Ndidi wins Leicester’s player of the season. 力

Unbelievable talent, the type of player that flies under the radar. Expect big bids for him next season.#FPL #FPLCommunity #ndidi

That trio Ndidi, Tielemans & Maddison is one of the most complete midfields in Europe. 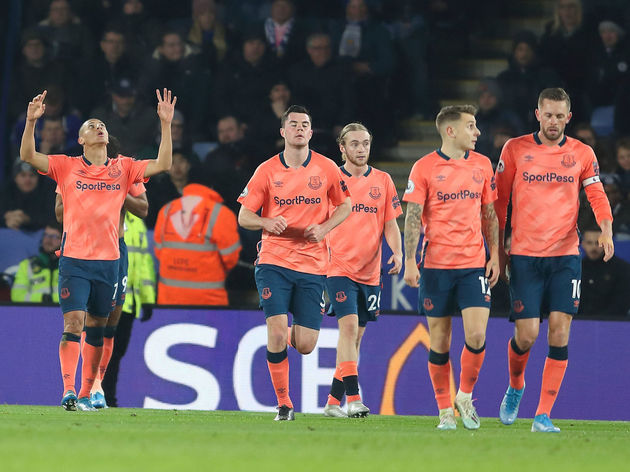 Marco Silva opted for change of formation for Sunday's fixture, playing five at the back with wing backs charging forward. The system alteration paid dividends within 23 minutes, with right wing back Sidibe marauding forward and delivering a perfect cross for Richarlison to head home.

It was defensively that Everton impressed most, with their rigid shape stifling Leicester and not allowing the likes of Maddison, Vardy and Harvey Barnes the space and time to exert their usual creative influence in the first 45 minutes.

However, in the second half, Leicester upped their intensity, and Everton struggled to contain them. A cruel defeat in the end that could well spell the end for Marco Silva.

The role of wing back is one that demands huge energy levels, and that is just what Sidibe provided. He surged forward throughout the game, almost opening the scoring himself during the opening exchanges. His cross to supply Richarlison for the opening goal was a piece of real quality. At times he was Everton's most potent attacking threat - some feat from wing back.

Sidibe was strong defensively, crucially sweeping up at the back on multiple occasions. A relentless and energetic performance, with the cutting edge and quality to match.

A very impressive first half for Everton's Djibril Sidibé. He has been strong in his tackles, endlessly working up and down his line, and his assist was of the highest quality. Vision, technique, execution.

24' Brilliant work by Sidibe at the other end to stop Perez, just as he looked to shoot from inside the penalty area.  #LEIEVE

Leicester host struggling - and currently manager-less - Watford on Wednesday evening, where they will look to make it seven straight Premier League win.

It doesn't get any easier for Everton meanwhile, who travel across Stanley Park to face table-topping Liverpool in the first Merseyside derby of the season on Wednesday.