​Crystal Palace manager Roy Hodgson has admitted he is expecting another battle to hold onto winger Wilfried Zaha once the January transfer window opens.

The Ivorian dominated headlines during the summer as both Arsenal and Everton were linked with blockbuster moves, but Palace risked Zaha's happiness by rejecting the bids and forcing him to stay at Selhurst Park. However, ​Zaha has moved on and continued to be an influential star for ​Palace. He has fired two goals in his last two games, and Hodgson has now admitted (via the ​Evening Standard) that he is expecting to receive plenty of interest in the winger in January.

"We've never wanted to lose him," Hodgson insisted. "But, when you're Crystal Palace, when a player does exceptionally well and there's lots of clubs after them and prepared to pay big money, it's not always that easy to keep hold of them.

"We can't say to Wilf, 'You've got to stay with us because we'll be ​Champions League next year'.

"I'm happy that it didn't materialise, I think he's done exceptionally well to get over that and accept it and make certain he's once again doing his level best for this club. 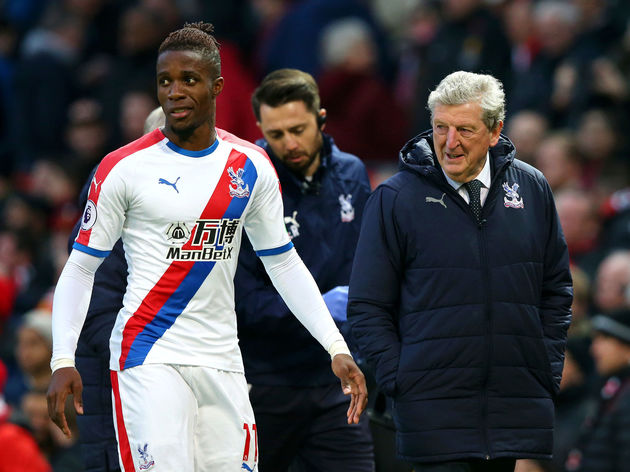 "Who knows, there might come a time in the future where we're confronted with that situation again. But, until that day arrives, I'll carry on working with him, being happy to be working with him and happy that we've got a player of his ability to help us win football matches."

Chelsea have been heavily linked with a move for Zaha if their transfer ban is lifted, while Arsenal have even been tipped to reignite their interest once the winter window opens.

Having netted his first goal of the season against Liverpool, Zaha bagged another strike in Saturday's 2-0 win over Burnley, and Hodgson was full of praise for his talisman.

"He's a good player isn't he? He's capable of causing problems to any defence anywhere in the world," he said.

"And, of course, the goal that he scored and one or two chances that he helped set up, that's what we need from him. Good for Wilf, that's two goals in two games and, if he can keep that up, it will help us enormously to climb the table."