Wolverhampton Wanderers and Sheffield United played out an exciting 1-1 draw at Molineux on Sunday afternoon.​

Sheffield United needed just one minute to open the scoring as Lys Mousset found himself alone in the box to fire home from a cross. The two sides continued to exchange chances throughout the first half, with both Dean Henderson and Rui Patrício called into action, but some good saves from both ensured the score remained 1-0 at the break. 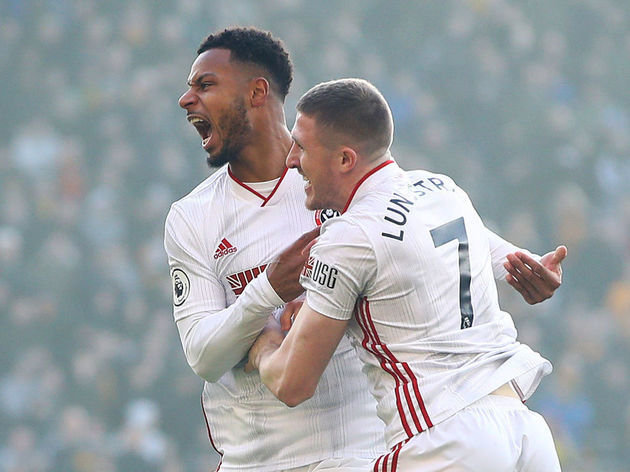 The excitement carried over into the second half, and it was Wolves who made their pressure count shortly after the hour mark. Raúl Jiménez's fantastic cross was met at the back post by Matt Doherty, who headed home to level up the score.

Wolves looked the most likely to snatch a late winner, but Sheffield United defended resiliently and held on for a share of the spoils.

This game was the perfect example of ​Wolves' performances this season. They are slow to start and electric to finish, and it almost cost them as they conceded early and gave up a handful of good chances.

They were nowhere near as good as they can be, but their resilience and determination once again proved the difference as they clawed their way back into this game. They could have gone on to win, and undoubtedly would have if they had just started with some energy.

Nevertheless, the eight-game unbeaten run has now stretched to nine, and that's all that really matters when all is said and done. However, Wolves cannot afford to keep giving sides a headstart.

Too many draws could be their downfall. 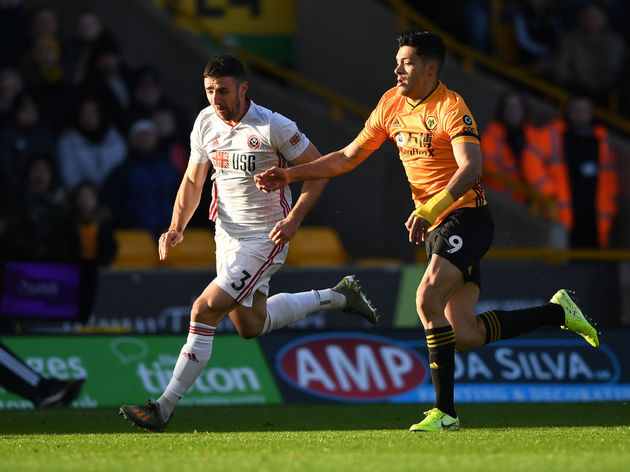 Whenever Jiménez had the ball at his feet, it felt like something was going to happen. The Mexican is one of the most in-form forwards around these days, and he was just as impressive as you'd expect here.

Jiménez was a real threat in front of goal and could have had the ball in the back of the net once or twice himself. However, he still got himself involved in the action as it was his superb cross which allowed Doherty to level the score.

Raul Jimenez is so, so good man. No joke he’s been one of the best players in the league throughout last couple of seasons. Creative and prolific as well as amazing hold up play, weird how he’s peaked so late in his career tho.

Raul Jimenez is the Messi of Wolves. #WOLSHU

He is absolutely perfect for this Wolves system, and yet again he was the one to inspire his side to a point. Chris Wilder's side will be furious not to have picked up all three points here. Having netted after just one minute, they had plenty of chances to score even more, but they were made to pay for their profligacy.

Overall, they were incredibly impressive, but they were far too sloppy. They cannot afford to waste so many good opportunities, because sides in the ​Premier League are good enough to punish you, and Wolves did exactly that.

Full time: Wolves 1 Blades 1. Lot of chances, only a point to show for it. #sufc

Good point really should have been 3 with chances we missed but a point away at wolves is very good.

​Sheffield United are almost victims of their own success. They have set the standard so remarkably high this year, that anything less seems like a disappointment. Having said that, there were plenty of positives, but fans will still come away feeling frustrated. Mousset set the tone early on by scoring after just one minute, making it five goals in his 11 league outings this season. He could have had a few more, such was his impact against Wolves.

The Frenchman's pace and power made him almost unplayable at times. He found plenty of pockets of space between Wolves' three centre-backs, and Leander Dendoncker will be having nightmares about trying to contain him.

10 million down the drain, Lys Mousset has done it again... pic.twitter.com/ThjpUgbzOH

Worst thing about this weekly humiliation is that I’m now getting bantered off at home too pic.twitter.com/e2JJhcolOw

Wilder hasn't afforded too many starts to his summer signings, but Mousset has commanded a place in the team. With a performance like this, he won't be giving that spot up any time soon.

Wolves welcome ​West Ham United to Molineux on Wednesday as they look to get back to winning ways.

Sheffield United will hope to carry this momentum over when they host ​Newcastle United on Thursday.