Parma vs Milan: Star Man Jack Is Back & 8 Other Key Facts Ahead of Sunday's Crunch Clash

It's been slim pickings since those glory days for the red and black half of Milan, who are now suffering the endless torture of watching ex-Sunderland man Fabio Borini don the prestigious shirt. The new season couldn't have got off to a worse start, and after a string of poor results, Milan were onto their second manager of the campaign and languishing in the bottom half of the table.

There have been green shoots of promise in recent weeks for I Rossoneri however, and Stefano Pioli's men were able to hold Napoli to a draw in their most recent outing.

On the other hand, Parma are proving to be tricky customers this season, and having recently dispatched of Champions League hopefuls Roma, I Crociati will be keen to claim another scalp at the

only thing that could make this game a little bit spicier is the addition of the odd stat or two from our pals ​Opta to whet the whistle before Sunday's crunch match.

It's eighth versus twelfth, but it's so, so much more than that.

​Although goals have been hard to come by this season - and clean sheets even more so - Milan have a good record against Sunday's opponents. This is a new Parma team, however, which is enjoying an excellent start to the season. Milan may have the better head-to-head record of the two sides, but we're living in the here and now. When Pioli agreed to become ​Milan manager, he probably dreamt of breaking as many records as possible with his new side. And he is close to doing so already - although not the type of record he would have hoped. 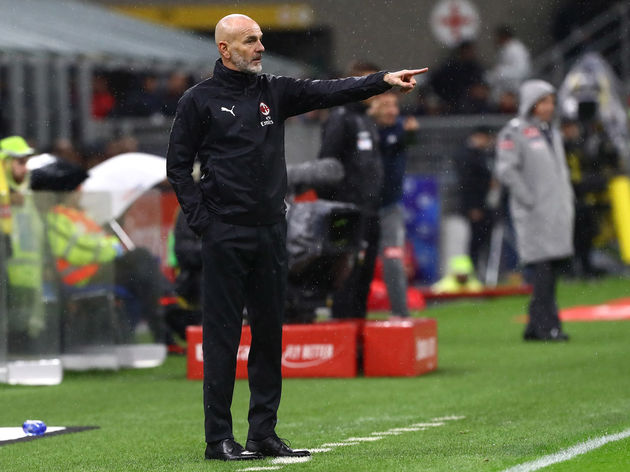 There's no way of dressing it up, Milan have been absolutely shocking this season. Absolutely, blooming shocking. ​Set pieces are a valuable weapon - when practised and perfected by well-drilled and powerful sides. It comes as no surprise then, that Milan are yet to score If it's any consolation to Milan fans, Parma share this awful record, and both teams will be failing to beat the first man from a dead-ball with true consistency on Sunday afternoon.

​Ah, Matteo Darmian, ​Manchester United legend. But little did some of us know, he was also a Milan hero, too. Alrighty then! If there's one man that has been hard to replace in the Milan side, it's Jack Bonaventura. The dynamic midfielder has returned from injury and slotted back into the side like a glove.