Last week's sorry performance and draw against Sheffield United leaves Ole Gunnar Solskjaer's side 11th in the table and nine points behind fourth-placed Chelsea ahead of the game.

Presented by @eToro, this is your #AVFC team to face Manchester United! 🦁#MUNAVL pic.twitter.com/WIlSX5lsjc

​Villa, meanwhile, come into the game on the back of an impressive display in their 2-0 victory over Newcastle - three points that ended a run of three consecutive defeats.

Courtesy of our friends at ​Opta, here are the stats and facts you should know ahead of Sunday's fixture. The Red Devils have managed to drop ten points from winning positions in their 2019/20 Premier League campaign, just a single point fewer than the entirety of last season.

Failure to hold onto a lead has been an issue ever since Solskjaer took charge, with only Southampton and Tottenham having lost more points while ahead than United's 17. United and Villa have each conceded just four first-half goals in the Premier League season so far, the joint-lowest with Liverpool and Sheffield United. The Red Devils boast an excellent record in this fixture, losing just one of their 24 ​Premier League home matches with the Villans and winning 12 of the previous 13.

Villa's solitary success came back in December 2009, as Gabby The Aston Villa captain has made a great start to his Premier League return and the numbers back up Jack Grealish's influence on his team.

The midfielder has carried the ball further than any other player in the Premier League, reaching an impressive 3,441 metres. He's also created the most chances when moving the ball forward by five or more metres - providing 17 opportunities for his Villa teammates. 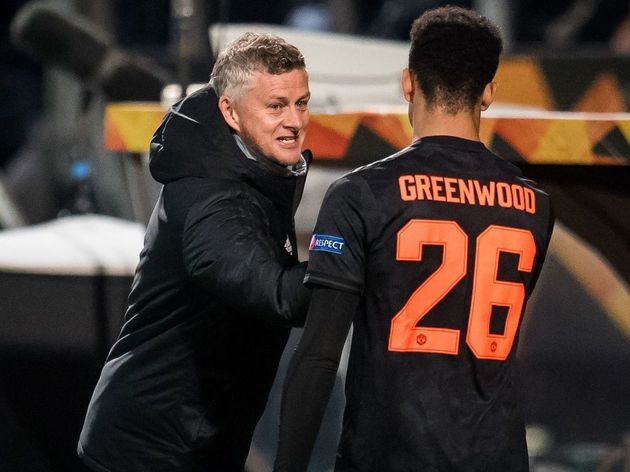 Solskjaer's desire to build his team around youth and promote players from the academy has hardly been a secret, and United's average starting XI age is testament to this.