Leicester vs Everton: 8 Key Facts and Stats to Impress Your Mates Ahead of Premier League Clash

After Manchester City slipped up at Newcastle on Saturday, the visitors - currently second in the table - know a win will take them three points clear of Pep Guardiola's side in the Premier League.

Victory would be Leicester's seventh win on the bounce in all competitions, as they continue their hugely impressive season under the guidance of Brendan Rogers.

Our #LeiEve team - brought to you by @eToro 🔵

​Everton meanwhile are a team out of sorts and out of form, with Marco Silva seemingly now having to save his job on a weekly basis.

The Toffees slipped to a disappointing home defeat to relegation-threatened Norwich last week, leaving them just two points clear of the drop zone.

Thanks to Opta, here are all the facts and stats you need to know ahead of the game.

Not a Draw in Sight Everton won this fixture 2-1 last season, with Wes Morgan seeing red for the hosts. However, Leicester have This is a huge upturn in fortunes since Brendan Rogers took the Leicester hot seat. Jamie Vardy Eyes a Half Century 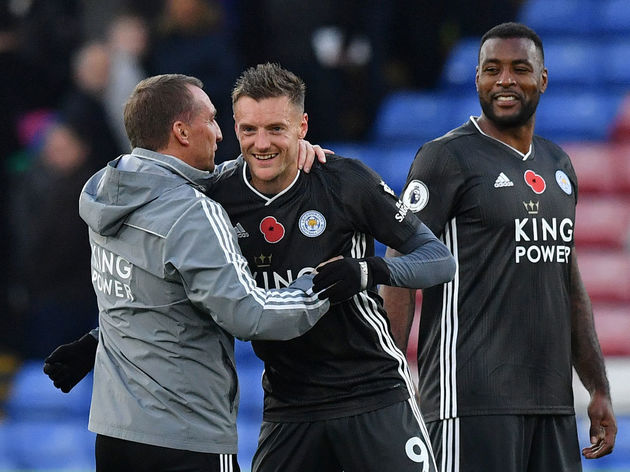 His form under Brendan Rogers has been remarkable.