The pair are separated by just one point in sixth and seventh respectively, but it will be the clash of two of the most exciting managers in the Premier League which will make this meeting a must-watch even for neutrals. 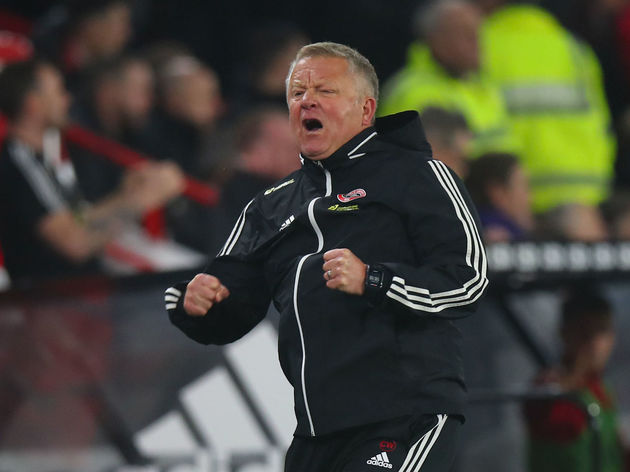 Now, how many people would have predicted that at the start of the season?

All we need now is somewhere to see all the best stats and facts about both sides, as well as any past history that the clubs might have.

Well, thanks to ​Opta, we've got all your stat needs covered right here. For the first time ever in the Premier League era, Wolverhampton Wanderers will play in a match against Sheffield United.

These two sides have faced each other a handful of times in the Championship and League One, but not since the 1975/76 season have these two played each other in the top flight of English football.

Both sides were relegated that year (there's very little chance of that happening again this time around) but Wolves actually won both games against Sheffield United, with an aggregate scoreline of 9-2.

It's a One-Sided History Even in more recent history, Wolves still come out on top against Sheffield United more often than they don't.

In their last seven meetings in the football league, Sheffield United lost four in a run which saw them pick up just five points out of a possible 21. Wolves are enjoying their best unbeaten run in the top flight since April 1973, where they went nine games without defeat.

During their current eight-game run in the Premier League - which extends back to September 22 - Wolves have only lost once across all competitions.

That came in their Carabao Cup exit at the hands of Aston Villa.

United's Best Away Record Since the 19th Century Wolves' unbeaten run might be impressive, but it's nothing compared to Sheffield United's ability to match something they last did 120 years ago.

Alongside Liverpool, Chris Wilder's side are the only other team who are still unbeaten away from home in the Premier League this season.

The last promoted team to achieve that after seven matches were Blackburn Rovers in the Premier League's inaugural campaign in 1992/93.

The last time that Sheffield United managed it, however, was in the 1899/00 season.

It Could Be Won & Lost From the Bench The pressure will be on Wolves to pick up three points as they're the home side, but Sheffield United could have a trick or two up their sleeve from the substitutes bench.

The Blades have so far scored more goals from substitutes than any other team in the Premier League this season.

Their five-goal tally from substitutes has already surpassed what they managed during their last season in the Premier League in 2006/07.

Here's how Wolves line-up for this afternoon's @premierleague fixture against @SheffieldUnited. #WOLSHU

Two changes for the Bladesmen 🤝