VAR Officials Admit Southampton's Equaliser Against Watford Should Have Been Disallowed

​VAR officials have admitted that they should have disallowed Danny Ings' goal for Southampton during their 2-1 win against Watford because of a handball in the buildup.

Moussa Djenepo jinked his way into the box to set up Southampton's equaliser, with the ball clipping his hand before he poked his cross in for Ings to finish.

The goal was checked by VAR to see if the ball had gone out of play as Djenepo darted to the byline, or if Ings had used his hand as he bundled the ball home.

How the people in charge of VAR didn't see Moussa Djenepo's handball in the buildup to Southampton's equalizer is just outta this world #SOUWAT pic.twitter.com/AFGeamGOOy

Despite using multiple angles to check the goal, Djenepo's handball was not initially spotted - though VAR officials have subsequently admitted (via ​Sky Sports) allowing the goal as they did not want to slow the game down further, despite additional angles revealing that the ball did strike Djenepo's hand.

Those responsible for the technology have conceded that they made a mistake and the goal should not have stood.

After the game, Watford midfielder Will Hughes argued that delaying the game should not be an issue, telling Sky Sports that VAR should take as long as necessary to reach the correct decision.

"If you look at the replays, if we're going to have VAR in the Premier League, it doesn't really matter how long it's going to take, you have to get to the right decision," he said.

"In the rules, we know, if its intentional or unintentional handball, as an attacking player - it's a free-kick. It's the third time this season that it's happened against us. When you see that after the game it's quite deflating."

The admission from VAR officials will be a bitter pill to swallow for Watford, who had looked like they were going to hang on to their slender 1-0 lead that they had held since the 24th minute.

However, Ings' goal with 12 minutes remaining proved decisive, and the Saints went on to win the game 2-1 thanks to a James Ward-Prowse free kick seven minutes from time.

Hughes saw the decision as a turning point, adding: "It's frustrating when you look back at that now. We felt comfortable. That gets disallowed, we're 1-0 up, we might get the second and go on to win the game." 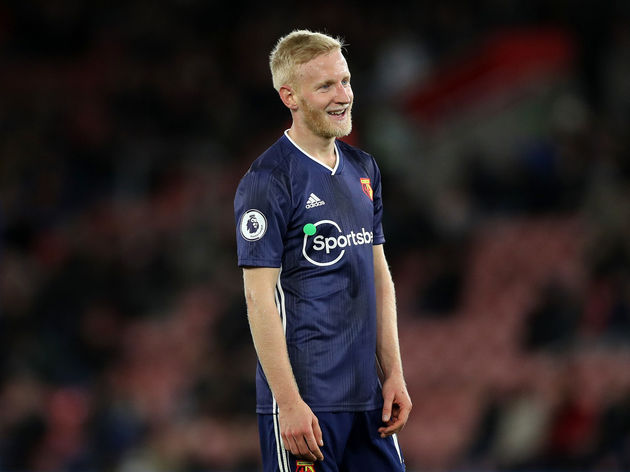 The result leaves the Hornets marooned at the foot of the Premier League, six points from safety, and opens up a four point gap between themselves and Southampton.