Liverpool boss Jurgen Klopp has blasted the referee's decision to allow Brighton's consolation goal on Saturday afternoon, which led to a very uncomfortable final few minutes for the Reds in their 2-1 victory over the Seagulls.

Alisson Becker received a red card for handling the ball outside the box, and replacement which "It was very clever from ​Brighton but the keeper has just come on and is trying to set the wall.

“They are trying to get used to each other and the referee lets it go like this. We cannot change it but for me it's not 100 percent right." Klopp was quick to defend Alisson, whose rare error led to the nervy finale at Anfield.

"I think it was handball but I haven't seen it. There was no offside and then it is a tricky situation.

"He wanted 100 per cent to head the ball but the other player got there earlier so we can't change that." 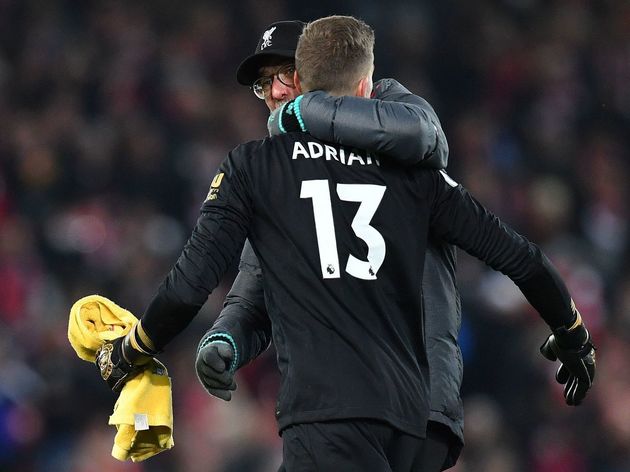 Virgil [van Dijk] was probably man of the match with the two goals but Adrian is for me - to come in to a game like this and make two saves.

"Even the goal-kicks are difficult with cold feet! We were not prepared for that situation so I am completely happy."

​Manchester City's draw at Newcastle United means that Liverpool have opened up an astonishing 11 point lead over the Citizens, who pipped them to the title by a single point last season.