Borussia Dortmund bounced back from a poor run of results to secure a much-needed 2-1 win against Hertha Berlin, in what was Jurgen Klinsmann's first game managing in the Bundesliga for ten years. 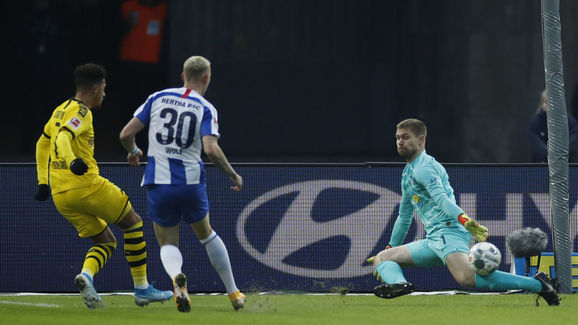 Dortmund continue to dominate the game but it was Hertha who would score the third goal, very much against the run of the play. Dodi Lukebakio fired a shot away from the edge of the Dortmund box and Vladimir Darida stuck a leg out to divert it past Roman Burki.

Just before the halfway mark BVB centre back Mats Hummels was dismissed for a second bookable offence, after he clumsily brought down Max Mittelstadt with Hertha on the counter attack.

The hosts pressed home their one man advantage at the start of the second period and Davie Selke had the ball in the back of the net early on - only for VAR to rule out his goal for offside.

Dortmund defended gallantly in the second half and restricted Hertha to a handful of chances as they eventually secured a much-needed win.

Dortmund came into this game with a point to prove. Since losing ​Champions League​Barcelona. After being left in the lurch by the 30-year-old's indiscretions, Favre got his tactics spot on in the second period, re-jigging his side to successfully nullify Hertha's attacking threat.

It was a disciplined and spirited display that proves that despite recent speculation, Dortmund's players are clearly still motivated to play under their under pressure manager.

STAR PLAYER - No one Dortmund player really stood out in what a largely unspectacular if effective away performance, but the pick of the bunch was probably Hakimi. 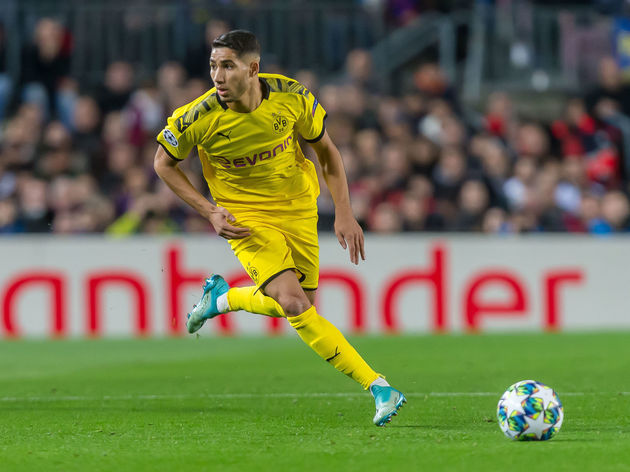 The right-back was instrumental in his side's early dominance, interchanging well with Hazard in the first half before providing the Belgian with an assist for the visitors' second goal.

In the second period, Hakimi's role shifted into a more defensive one. The 21-year-old was disciplined in his positioning and helped BVB secure the points with some clever game management in the closing stages.

Next up, Dortmund welcome struggling Fortuna Dusseldorf to Signal Iduna Park on 7 December as they continue their assault on the top of the Bundesliga.