Real Madrid leapfrogged rivals Barcelona at the top of La Liga on Saturday afternoon, as they managed to overcome a stubborn Alaves side 2-1.

Madrid dominated the first half but were unable to make the breakthrough. The best

chance of the opening 45 minutes fell to Gareth Bale, who saw his header was deflect onto the post. Isco also had a great chance, but Fernando Pacheco was equal to the Spaniard's attempt with a fine save. Madrid started the second half quickly and finally grabbed the first goal of the game courtesy of a ​Sergio Ramos header from a superb free-kick from ​Toni Kroos.

However, the goalscorer soon went from hero to villain as he clumsily conceded a penalty to gift Alaves a chance to get back into the game.

​Madrid weren't to be pegged back for too long though, as Dani Carvajal grabbed his first goal of the season, tapping into an empty net after Isco's header rebounded off the post. The game ended up finishing 2-1, and Zinedine Zidane will be hugely pleased that his troops were able to find a way through a tough Alaves defence.

After an iffy start to the season, there has seemingly been an upturn of results and performances over the last few games. Despite drawing 2-2 with PSG in the Champions League after being 2-0 up, the performance was generally a good one. Would Zidane's side be able to continue this recent good form with another win this weekend? 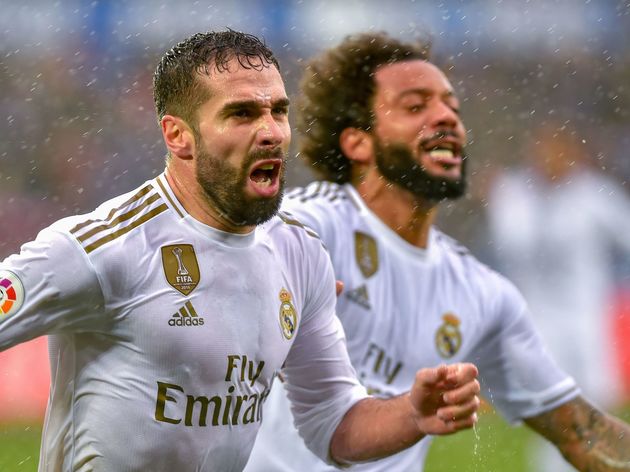 The answer to that question was yes. It was another very good performance from Los Blancos, and they dominated their opposition from start to finish. Zidane would have liked his side to be more clinical and creative in the final third, but ultimately it was another assured performance from his men as they now find themselves at the top of La Liga.

There's no denying the quality that ​Isco possesses. It has always been a matter of focus and consistency for the silky Spaniard. However, Zidane has slowly been reintroducing the number 10 into the fold recently, and his performances suggest that the Frenchman has been right to do so.

Madrid played well today but were struggling to create and make much of an impact in the final third. Well, everyone but Isco. He was a constant thorn to the Alaves defence, and he was simply unplayable. He breezed past players with ease, and was unfortunate not to grab a goal himself. Super performance.

Isco's last 2 performances have been class...need a 2016/17 second half kind of season

Isco has been impressive so far. Bale not very much, needs to show a little more urgency.

Isco is looking soo much sharp, his touches are class and his movement with and without the ball is top notch. Zizou has slowly revived Isco step by step with patience.

Alaves will be looking to bounce back from this loss when they head to Granada next weekend. Real Madrid on the other hand, host Espanyol next Saturday in another early kick off, and will be looking to continue their fine run of form.