The appointment of 32-year-old manager ​Julian Nagelsmann ahead of the 2019/20 campaign was met with widespread optimism at the Red Bull Arena after RB Leipzig had finished third in the Bundesliga under Ralf Rangnick - a superb coach in his own right.

Nagelsmann, who made for a name for himself at Hoffenheim - guiding Die Kraichgauer to their maiden Champions League in 2017 - was seen, by many, as an upgrade over Rangnick and the man to take Leipzig to the next level.

During his spell at the Rhein-Neckar-Arena, Nagelsmann adopted a similar style to what Rangnick did at Leipzig: both sides were compact in midfield, played vertically between opposition lines, counter-attacked swiftly and thrived off winning the ball deep in the opposition's half - Rangnick preferring to counter-press, Nagelsmann favouring an intense high-press. 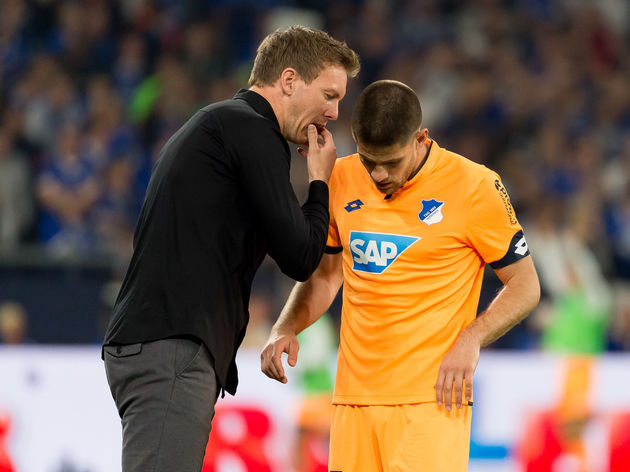 The 32-year-old worked wonders with the likes of Florian Grillitsch, Kerem Demirbay and Andrej Kramaric in what was a considerably inferior Hoffenheim squad compared to the one at Rangnick's disposal. Now, overseeing a side blessed with immense talent all over the pitch, Nagelsmann has the chance to catapult Die Roten Bullen into Europe's elite.

And after three months at his new post, he certainly looks like he's on the right track.

It hasn't been all plain sailing, however, enduring a rather sustained blip from the end of September and through most of October. During that spell, Leipzig were beaten by Schalke Bundesliga 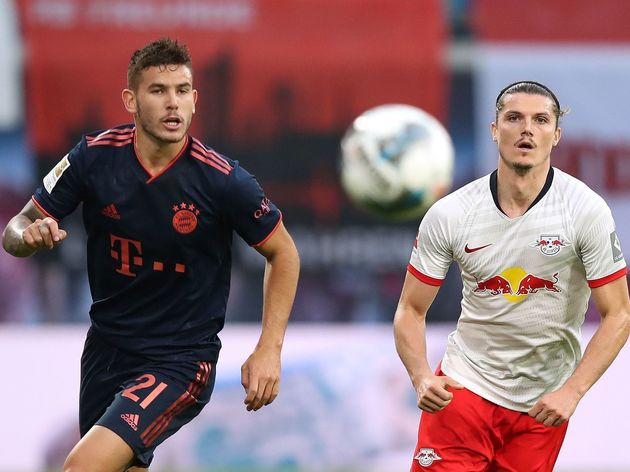 Currently, though, Nagelsmann's side are enjoying a period of typical German ruthlessness. Since their 2-1 defeat at Freiburg at the end of October, Leipzig have won five of their last six - scoring a mightily impressive 24 goals in the process. Their red-hot streak has seen them climb to within a point of Marco Rose's youthful Borussia Monchengladbach side at the top of the Bundesliga.

So, how has Nagelsmann set-up Leipzig thus far and who have been the key cogs in his side?

Well, under their new boss, Die Roten Bullen have often lined up in a 4-2-2-2, a shape familiar to the Leipzig players, to ensure they remain compact.

And while the system has been dynamic, it's also helped get the best out of Leipzig's fantastic front four. 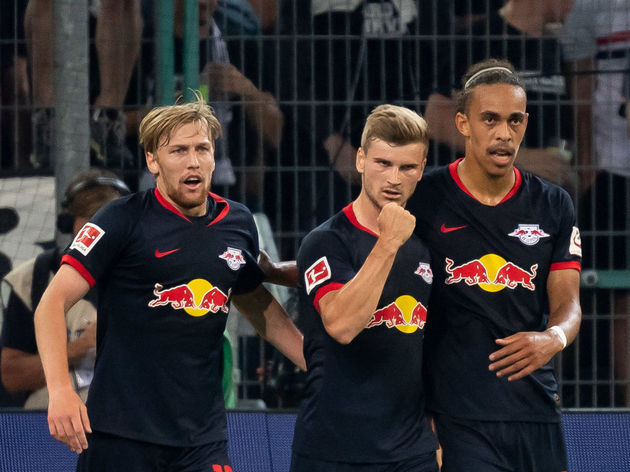 Marcel Sabitzer and Emil Forsberg have been brilliant when used as the two wide attacking midfielders, with the latter looking much more like his 2016/17 self - registering six goals and three assists in the league and Champions League this season. Both creators have proved deadly when operating in between the lines - in the 'half spaces', which enables Leipzig's full-backs to wreak havoc in the final third.

Then there's the strike duo; maybe not quite Lautaro Martinez and Romelu Lukaku Timo Werner and Yussuf Poulsen have a seemingly telepathic relationship on the pitch with each other's attributes complementing the other so well. Poulsen's 6ft3 frame makes him Leipzig's focal point by default, as his role in the side tends to focus on setting up Werner, rather than scoring the goals himself. Werner reaping the benefits of Poulsen's immense hold-up play. Poulsen's work, along with the German's impressive speed, ability on the counter and composure in front of goal have all contributed towards Werner's 12-goal tally in the Bundesliga this season, with only Robert Lewandowski scoring more.

His tally is all the more impressive when you take into account that Werner often finds himself out wide as part of Leipzig's rotations going forward. Leipzig's dynamic quartet, who have been ably supported by a resurgent Christopher Nkunku (eight goal contributions), have helped their side towards their 33-goal tally through 12 games. At their current rate, Leipzig are set for a 93.5-goal season (if that's possible), breezing past last season's tame total of 66.

So, while the stats and the eye-test would suggest that they've improved in attack under Nagelsmann, they must be leakier at the back? It can't all be great, right?

Die Rotten Bullen possess an elite backline, with two fine shielding midfielders in front of them.

Despite playing slap-bang in the middle of the pitch, Diego Demme and Konrad Laimer are two players that seem to go unnoticed in Nagelsmann's side. The industrious nature of the duo has seen them combine for 5.7 tackles per game, and their protection of the back four has been key in helping Die Rotten Bullen to the joint-second best defensive record in the division. 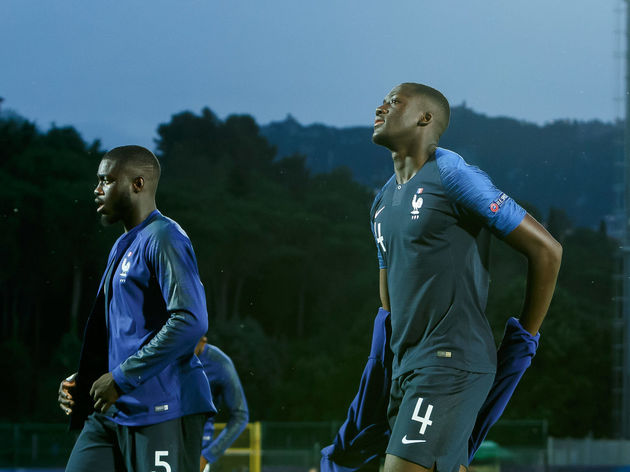 The centre-back position, despite being plagued with injury so far, is also packed with soon-to-be elite defenders. French duo Dayot Upamecano and Ibrahima Konate are two man-mountains who use their overwhelming strength and speed to frustrate and shut-out opposing forwards.

Seriously, if you want to see a centre-back masterclass, watch Upamecano's display against Artem Dzyuba - you know, that massive Russian - in Leipzig's game against Zenit away from home.

Then, you've also got Hungarian Willi Orban, the club captain but still an unsung hero, as well as Nordi Mukiele - Mr. Versatile - a fine centre-half but an even better right-back. Mukiele's another player who's come into their own under the new boss. 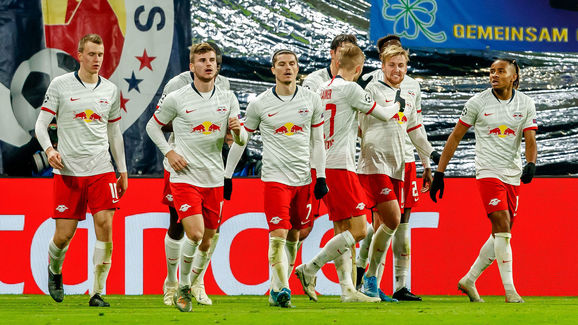 Overall, Die Roten Bullen are a club that have achieved a whole lot since their inception in 2009. A decade later, they're now blessed with a team capable of duelling any side in Europe and possess one of the continent's hottest managerial prospects. They are on the verge of something great, it's just a matter of whether some of the key players allow enough time to buy into the Nagelsmann project.

Some of their most prized assets will be in high demand over the next few windows, but Leipzig have to prove that they're no longer a mere feeder club for Europe's supergiants, with their current trajectory suggesting that they're on their way to becoming part of the continent's upper echelon.