Real Madrid manager Zinedine Zidane has reinforced midfielder Isco's importance to the team by stating he is 'counting' on the 27-year-old midfielder.

The former Malaga star has found playing time somewhat hard to come by under Zidane this season, playing a paltry 314 minutes in La Liga and the Champions League so far.

The Spain international had been tipped for a January departure from Los Blancos following the summer signings of Eden Hazard and Rodrygo, along with the return of James Rodriguez, which have seen Isco fall down the pecking order at the Santiago Bernanbéu. 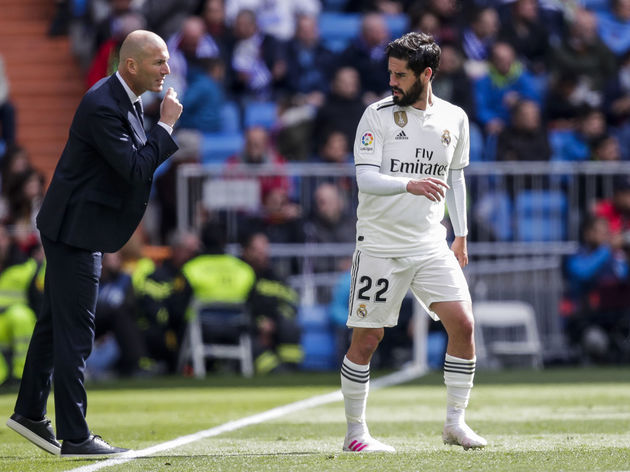 However, speaking in his pre-match press conference (via ​Marca), Zidane was asked about the surprise inclusion of Isco in Madrid's Champions League tie against Paris Saint Germain on Tuesday night.

The 47-year-old stated: "I know Isco very well and I know that when it's his turn [to play], he performs very well. However, despite leaping to the defence of Isco and also ​Vinicius Jr, Zidane wasn't as supportive of Mariano Diaz and Brahim Diaz. The former hasn't featured at all this season, and the latter has managed just 18 minutes of La Liga action.

When asked about the potential exits in the upcoming transfer window for both players, Zidane added: "We'll deal with that in January. They want to be ready to be called up [to the Real Madrid matchday squad]." Real Madrid return to La Liga action on Saturday as they travel to the Estadio de Mendizorrotza to face Alaves. They then host Espanyol at the Santiago Bernabéu in La Liga a week later.