The season of goodwill is upon us, and that means only one thing, the January transfer window is only around the corner.

High-profile signings are one thing, but spotting a lower league talent, ready to make their mark in the big time, is something entirely different. 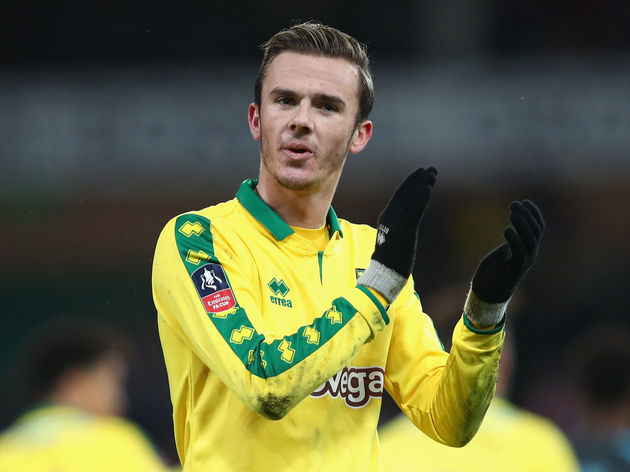 Plenty have made the step up in recent years, with James Maddison and Daniel James among those to have been scooped from England's second tier in recent times to great success.

So, what bargains are there to be had this year? Here, 90min takes a look at a current Championship XI who could have what it takes to grace the bright lights of the Premier League...

True, the former England international has not been at his best this season and he even lost his Stoke starting berth to Adam Federici for five games, when Nathan Jones was still at the helm. The 19-year old's future has been a question haunting West Brom since the beginning of the season when it emerged that Ferguson hadn't signed a new deal. His current contract expires at the end of the season but Premier League clubs are on high alert, ready to snag the defender for a cut-price fee.

The highlyrated teenager has established himself as a first-team regular this season, filling both full-back berths, showing not only maturity but versatility too.

According to the Express and Star, Tottenham and ​Crystal Palace are among potential suitors as are a couple of Europe's elite - even ​Atletico Madrid have been mentioned.

The Leeds centre-back is one of the main reason's why Marco Bielsa's team have the best defensive record in the Championship this season. It may also explain how the on-loan Brighton star has come to the attention of Liverpool's Jürgen Klopp, according to reports.

White has all the qualities of a modern defender, he has a pass completion rate of just shy of 86% and is dribbled past on average, 0.2 times per game.

​Liverpool have been linked with a ​Aston Villa boss Dean Smith looks set to launch a January bid for the Brentford winger after failing to land Benrahma in the summer. Smith brought the Algeria international to Griffin Park from Nice during his time at Brentford and the Villa manager appears keen to link up with Benrahma once again.

According to the ​Birmingham Mail, the Bees value their star man at

The 26-year-old has been Marco Bielsa's star man this campaign and his combative midfield displays have helped guide them to second in the table behind leaders West Brom. His performances have really caught the eye and even Manchester United have ​been linked with ​a possible move for him in January.

Leeds were reported to have turned down a

It's easy to forget that Bellingham is just 16 years old such is the maturity he shows at the heart of Birmingham City's midfield. 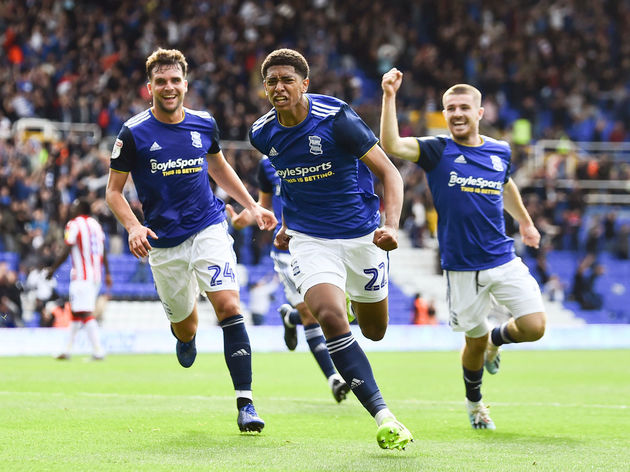 Bellingham burst onto the Championship scene by scoring in back-to-back games for the Blues.

First, he scored the winner in a 2-1 home victory against Stoke City and then bagged the only goal away at Charlton.

Since those matchwinning turns, Bellingham has been a regular starter at St Andrew's and there is no doubt, this teenager is destined for the top.

Back in September, ​90min learned that Liverpool are leading the chase for the Birmingham star. The 21-year-old has a strike rate of one in three, having struck six times in 18 league games for Rangers. The 22-year-old has 10 goals and two assists for the Terriers since the start of the campaign made all the more impressive by Huddersfield's lowly position of 19th in the table.

The third Brentford player on the list, they sure know how to spot talent at Griffin Park! Watkins has profited from former Bees teammate Neal Maupay's transfer to ​Brighton in the summer. The spotlight fell on Watkins but he has thrived since Maupay's departure after reverting to a more central role to fill the void left by the Frenchman.

Watkins has scored 11 times for Brentford in the league so far and with a goal return like that, he may well be following Maupay to England's top division in January.

The 22-year-old has kicked on from where he left off last season, in a campaign that saw him score 22 league games and end up in the Championship Team of the Year. Bowen is on course to beat last season's tally, having already notched 12 goals in 18 games for Hull City this term, and his form has ​Newcastle United.

Hull City's owner Assem Allam has told ​HullLive that he will ignore offers in January, even fees of up to