Jack Wilshere Begins Coaching Badges As He Ponders His Future

​Jack Wilshere is already undertaking the first few steps in his coaching badges as he ponders a future in management.

The 27-year-old is far from retiring but is already looking towards the end of his career and is reportedly thinking about staying in the game after he hangs his boots up.

In an interview with the ​Mirror, Wilshere revealed that he has started his coaching badges and is involved in his own academy called the Jack Wilshere NCF Elites. He has previous experience in working with the Arsenal academy before he left the Emirates - and now sees a future in football academies and, possibly, management. He would follow in the footsteps of former England teammates such as Steven Gerrard and Frank Lampard.

“When I talk about what I want to do after my playing career, what interests me is the development of kids, more than management." Wilshere stated. "I like coaching and giving advice to kids.

“It is rewarding. I know Steven Gerrard started working with Liverpool's youth team, used that as a stepping stone and some players are different.

“There’s maybe a little less pressure working with kids where winning is not everything, your goal is to develop players, get them ready for the next step. That’s what interests me first, but then things change."

​Wilshere did admit that he is far from hanging up his boots and still has a lot to offer on the pitch before moving to a role off it. The former ​Arsenal man has struggled massively since moving to West Ham featuring in only ten ​Premier League games across two seasons. 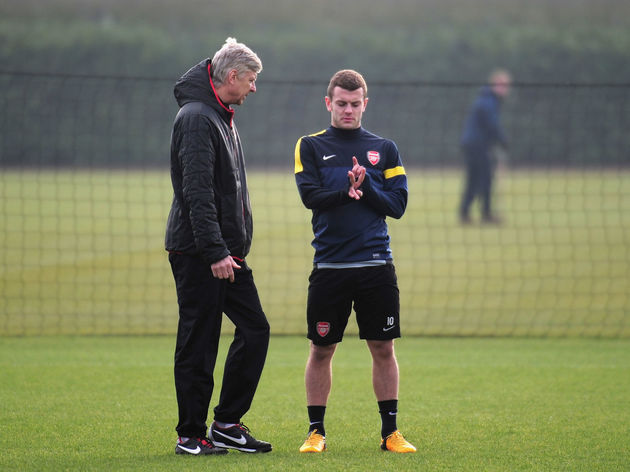 Battling constant injuries has always meant that Wilshere's talent has been restricted and he has never quite become the player he was once tipped to be.

However, coaching might be just the ticket for the Englishman who developed much of his game under the great Arsene Wenger. If former players before him can do it, there's no reason why Wilshere can't.

It seems for now though that he's concentrated on getting back into full fitness for ​West Ham and, in terms of coaching, more interested in his academy before anything else.