Norwich Boss Daniel Farke Tipped to be Next Dortmund Manager

​Norwich City boss Daniel Farke has been tipped to become Lucien Favre's successor at Borussia Dortmund, with the pressure continuing to mount on the 62-year-old Swiss coach.

, it's understood that Favre is hanging by a thread at Signal Iduna Park. BVB were humiliated in Der Klassiker by a ruthless Bayern side - losing 4-0 - before being forced to come back from three goals down to draw at home to Paderborn last time out in the Bundesliga.

The disappointing result and performance at the Camp Nou against Barcelona on Tuesday night has left Favre with the away fixture at Hertha Berlin on Saturday to prove that he's still the right man for the job. Nevertheless, with many seeing Favre's departure as imminent, the rumours of who should be brought in for the long-term have already begun. Niko Kovac, Ralf Rangnick, Roger Schmidt and even Mauricio Pochettino are names that have been brought up, but Kicker have suggested that Norwich's Daniel Farke could be a good fit for BVB.

Farke, who was born in West Germany, took charge of Dortmund's reserve team between 2015 and 2017 before moving to Carrow Road - where he has since guided the Canaries to the Premier League Championship

The Kicker report suggests that in Farke, Dortmund 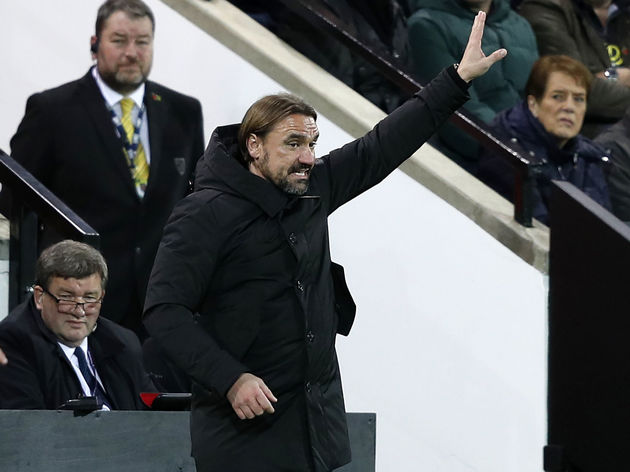 So, while other managerial options are more lucrative for a club of Dortmund's stature, appointing Farke may make the most sense. The German is already well-known within the club and he'll adopt an exciting, attacking brand of football that could set BVB up for the future.