​Wolves host Sheffield United on Sunday in the Premier League as both teams battle for fifth place.

The home side are currently ahead of their opponents by one point, and have risen up the table after a shaky start. They are unbeaten in eight league games and have progressed to the knockout stages of the Europa League, impressive with such a small squad.

Sheffield United have been the surprise package this season. After being written off before the start of the campaign, they sit in sixth place and in the hunt for a European spot, although there is still a lot of football to be played. Both sides will be high on confidence heading into this fixture, with Wolves and Sheffield United coming off the back of 3-3 draws which turned out to be two defining results for each team. Wolves drew with Braga in the Europa League, and the away side rescued a late point against Manchester United.

Romain Saiss will not feature for the home side as he picked up his fifth yellow card of the season against Bournemouth. Ryan Bennett and Morgan Gibbs-White may return for Wolves, but face a last-minute race for fitness. Bennett has been missing with a groin strain, while Gibbs-White has been out with a back injury.

Willy Boly is certain to miss out as the centre-back is recovering from ankle surgery and must wear a protective boot. This was sustained in training in late October, and the Frenchman will be out for some time. Sheffield United could have a clean bill of health as they head to the Black Country. Irish defender John Egan faces a last-minute fitness test after sustaining a calf injury, while in-form striker Lys Mousset is nursing a tight hamstring. The french forward will have a 50/50 chance of inclusion in the matchday squad.

Not much has set the two sides apart in the past, and they have certainly carried on this tradition. Sheffield United have edged this fixture ever-so-slightly with 39 wins, compared to Wolves' 38 victories against the Blades.​ Both clubs have drawn 36 times, indicating how tightly contested it has been since their first clash. Despite the spoils being evenly shared on numerous occasions, Wolves have enjoyed more success in recent meetings. Three victories and one defeat in their previous five clashes have shown that the home side have had more quality over recent years. However, since their previous meeting in the Championship, the two teams have improved significantly and will relish their first battle in the Premier League.

With both sides battling for fifth place, their recent form has been nothing short of excellent. Wolves have won three of their previous five games in all competitions, and have not lost at Molineux since September, where they were beaten 5-2 by Chelsea. They are on a two game win streak in the Premier League, and will head into this one full of confidence. Sheffield United, much like their opposition, are unbeaten in their previous five. Two victories and three draws have seen Sheffield United maintain a high league position, with their last Premier League defeat coming against Liverpool in late September. Since, the Blades have beaten Arsenal and drawn against Tottenham and Manchester United.

This will be as tightly contested a match that you will see this season, with not much separating the sides at present. Both teams are in good form and confidence will be high. 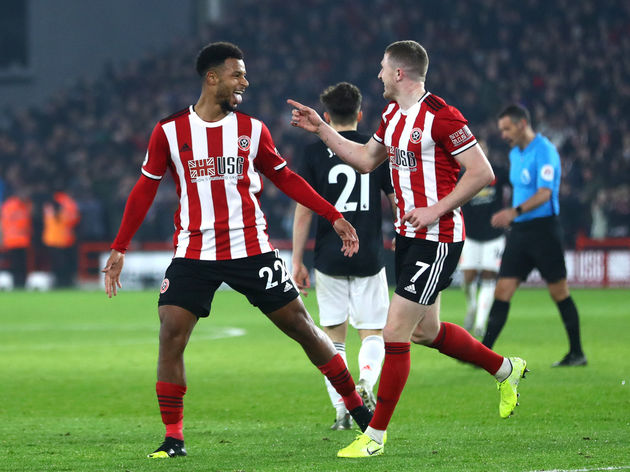 A draw seems a fair prediction for this one, as both teams are solid in both defence and attack, although the absence of Mousset may hit Sheffield United hard.