It has also been rumoured that the Gunners had been seriously eyeing Jose Mourinho until north London rivals Tottenham got their first when they sacked Mauricio Pochettino last week.

Emery lost his job off the back of seven games without a win across all competitions and a run of just two wins in the club’s last 11 Premier League games. Those results mean Arsenal have a mountain to climb if they are to secure an overdue return to the Champions League.

According to noted journalist David Ornstein, Emery was ‘unaware’ of his fate on Friday morning when he arrived for work and led what turned out to be his final training session.

Emery unaware of his fate when he led a final session this morning - prepared team for Norwich, expected to be in charge. But players were gathered afterwards as head of football Raul Sanllehi delivered news of Emery exit + Freddie Ljungberg installation on a temporary basis #AFC

Ornstein explains that head of football Raul Sanllehi gathered the players once training had finished and informed them of Emery’s departure and Ljungberg’s temporary promotion.

As far as a permanent replacement is concerned, Kaveh Solhekol at Sky Sports News claims high ranking Arsenal officials favoured Mourinho, only to see Spurs go first in the sack stakes and poach the Portuguese manager, who hadn’t worked in management since last December.

Indeed, ​90min revealed on the day Mourinho was hired at Spurs that the reason for sacking Pochettino when it happened was to ensure they could get the Portuguese ahead of Arsenal.

The Gunners confirmed in their Emery statement that the process of finding a new manager is ‘underway’. There is already plenty of media gossip as to who will get the nod.

Senior figures at Arsenal wanted José Mourinho to replace Emery before he took the Spurs job. There’s been contact between Arsenal and Max Allegri. He wants the job but his English is not perfect either

The aforementioned Solhekol suggests there has been contact between Arsenal and former Juventus boss Massimiliano Allegri. The Italian is said to particularly want the job, although it is pointed out that his limited English may be a concern, as it was for Emery.

Elsewhere, The Independent claims to have been informed that ex-Gunners captain and current Manchester City assistant coach Mikel Arteta is top of a three-man shortlist. He was thought to be Arsenal’s first choice to replace Arsene Wenger in 2018 until Emery came from seemingly nowhere and wowed the club with a detailed presentation at his interview.

Wolves manager Nuno Espirito Santo, already linked with the job earlier this week before Emery was sacked, and former Chelsea boss Carlo Ancelotti, currently at Napoli, are the other two. 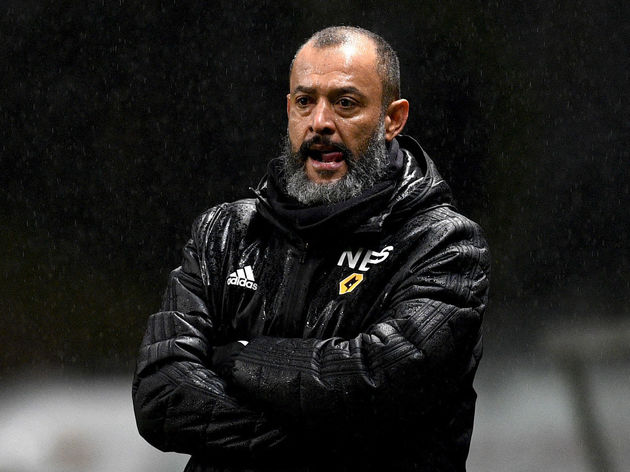 RMC’s Mohamed Bouhafsi conversely claims Nuno, rather than Arteta, is the ‘priority’ target for Arsenal and that talks with the Portuguese’s camp have begun. He is said to be ‘very interested’.

Italian journalist Gianluca Di Marzio concurs, stating that talks between Sanllehi and Nuno’s agent Jorge Mendes – the pair were already known to have a strong relationship – are ongoing and that the Wolves boss can be seen as the ‘favourite’ to be appointed.

Whatever happens, Ljungberg will take charge of his first ever game as a manager in senior football when Arsenal face Norwich at Carrow Road on Sunday afternoon. The Canaries will smell blood, but Gunners fans will now expect a reaction from their players.