​Burnley will be looking to make it three 3-0 wins in a row when they take on Crystal Palace at Turf Moor on Saturday.

Sean Dyche and Roy Hodgson have done well with their sides this season, flying the flag for English managers in the Premier League.

The Clarets have been consistent as ever and their recent good form has seen them rise to seventh in the Premier League.

The Eagles on the other hand head into the game needing a win to get their season back on track after a run of five without victory put paid to their good start. Sean Dyche is not one to change a winning formula, but a suspension to Ashley Westwood means he will be forced into at least one switch.

Johann Berg Gudmundsson and Matej Vydra are also unavailable for ​Burnley due to injury, but Danny Drinkwater could be given a starting spot in central midfield. ​Crystal Palace have a relatively fit squad to choose from, and it is unlikely that Roy Hodgson will make too many changes to the side that almost held ​Liverpool.

Full back Joel Ward could be ​out until 2020 and won't feature, so Martin Kelly could come in to replace him in defence. ​In the 47 meetings between the two sides it's Burnley who have generally come out on top, with 18 wins to Palace's 12. The Eagles have tended to fly in this fixture recently though, and have won the last three matches in a row.

There have been 17 draws between the pair.

After a run that saw them lose three in a row, Burnley have bounced back in style with consecutive 3-0 victories over West Ham and Watford.

Sean Dyche's side are a model of consistency and look set to be far away from a relegation battle yet again. 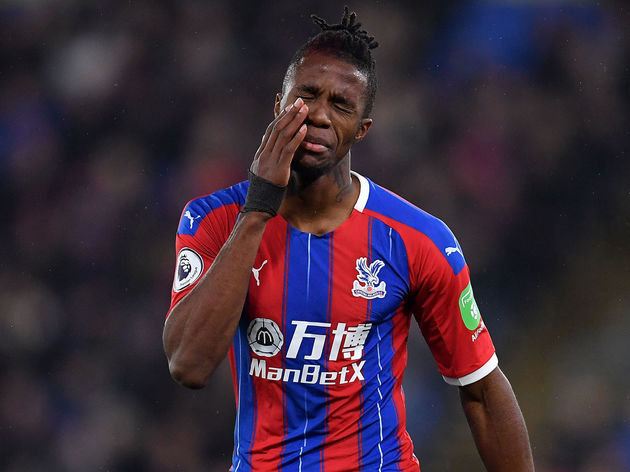 Palace on the other hand have had a run of five games without a win, but to be fair to the Eagles they have played the current Premier League top four and ​Arsenal in that time.

They came very close to gaining a creditable point against ​Liverpool last time out, but they'll be hoping to build momentum ahead of a kinder run of fixtures over the winter period. This game has last on Match of the Day written all over it. Two sides who like to defend and don't have many players who score is not a recipe for excitement.

However, with Chris Wood and Ashley Barnes on a hot streak and ​Wilfried Zaha showing good form we're going to be optimistic and go for a score draw.