Sancho famously left Manchester City at the age of just 17 in pursuit of first team football and has established himself as one of Europe’s best new talents since arriving in Germany. 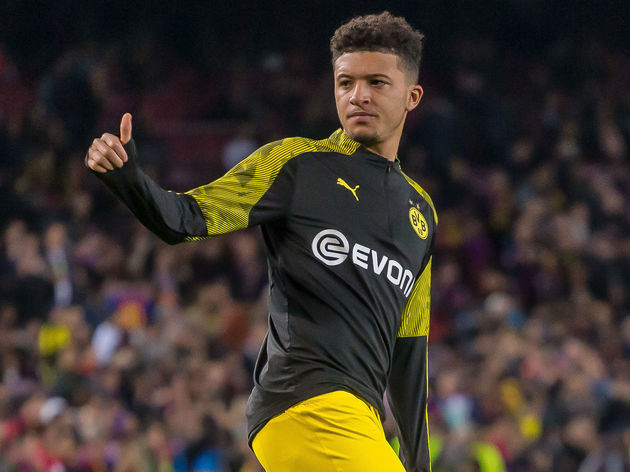 The youngster enjoyed a breakout campaign in 2018/19, scoring 12 times in the Bundesliga, and has become an England regular. He had also made a flying start to this season until recent developments have brought his future at the club into serious doubt.

Sancho is widely rated at £100m, but Dortmund have previously been fairly adamant in their resolve to keep the player, particularly where Manchester United have been concerned.

Now, however, there is increasing gossip that the club are looking to cut the cord and move on, with The Independent citing a source that describes the breakdown as a ‘war in all directions’.

The newspaper explains that Sancho is facing a sizeable fine as a result of being late to a team meeting and training ahead of the Champions League clash with Barcelona this week. That comes after he was already suspended for returning late from the October international break. 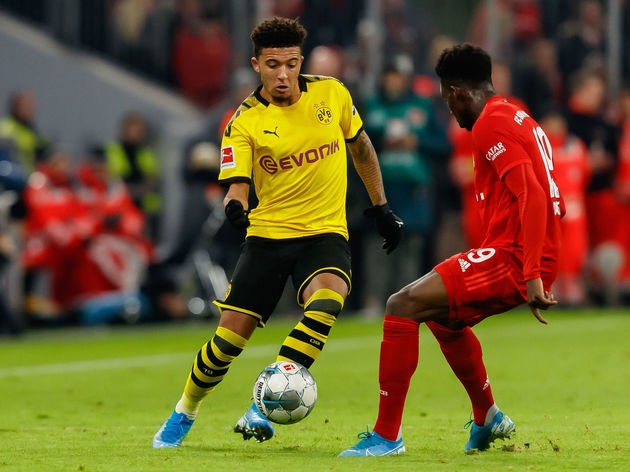 The 19-year-old was later left on the bench for the Bundesliga clash with Wolfsburg and was then embarrassed by a first half substitution in the recent 4-0 thrashing by Bayern Munich.

The Independent adds that Dortmund have been left ‘furious’ by Sancho’s representatives allegedly trying to force a transfer in January, especially when it is said there was already an agreement in place to let him go at the end of the season anyway.

Yet it seems as though the club are simply ready to move on and will ‘listen to offers’ in January. Importantly, their willingness to sell is likely to weaken their position to command a huge fee.

According to The Athletic, Sancho has been left ‘feeling humiliated, scapegoated and unprotected by his employers’, starting with how he was treated at the Bayern game. 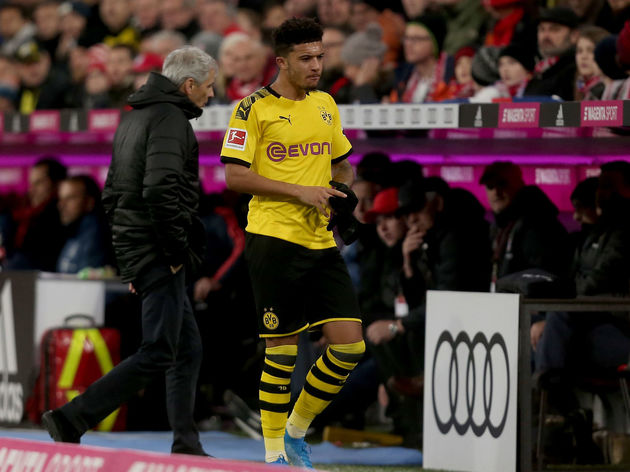 One angry Dortmund fan on Twitter called Sancho a ‘piece of s***’ after this week’s loss to Barcelona and demanded ‘a bit of respect and gratitude’ from the player.

He directly replied, saying, “Think I showed heart and desire last night. Anyway, we will try our best to get three points on Saturday [against Hertha Berlin]”.

Think I showed heart n desire last night 路‍♂️ anyway we will try our best to get the 3 points on Saturday! 

Manchester United would be expected to follow up their interest, while Sancho has been named as a Liverpool target, although the Reds may be reluctant to compete in a bidding war.

Manchester City have been tipped to follow any developments on their former player given the ongoing uncertainty over Leroy Sané’s future amid Bayern Munich interest.

Meanwhile, Real Madrid have been tipped to potentially engineer a deal including Achraf Hakimi, who is already on loan at Dortmund and could be used in part-exchange for Sancho if his move from the Bernabeu is made permanent.

Barcelona are another major club linked with Sancho and want to be kept informed.