​Ole Gunnar Solskjaer was effusive in his praise for Manchester United after they were defeated 2-1 by Astana on Thursday.

Six United youth academy graduates made their senior debuts in Kazakhstan in what was their first loss in this season's Europa League.

The visitors took the lead early on with Jesse Lingard - who captained the side for the first time - ending a 307-day wait for a goal by firing a shot into the bottom corner.

Six #MUAcademy players made their first-team debuts against Astana.

By full time the Kazakhs had wiped out their lead courtesy of Dmitri Shomko and a Di'Shon Bernard own goal but Solskjaer refused to criticise the Red Devils' performance.

"The performance was very good and at times we were excellent," the Norwegian said to​ BT Sport after the game.

"In short spells we let them push us back, which cost us in the end. It was a ten minute spell in the second half where you could see them growing in the game." Solskjaer also revealed that he wants his side to learn lessons in game management from the defeat.

He added: "That's when you want these boys to learn from this. [When the opposition is in the ascendancy] maybe we stay down for two minutes or we get organised."

Among those enjoying their first starts for United on Thursday were Ethan Laird, Dylan Levitt and the unfortunate own goal scorer, Bernard.

The Red Devils boss admitted that he was impressed by all of the debutants on display. "[There were] some excellent, excellent debuts I must say," the 46-year-old exclaimed. 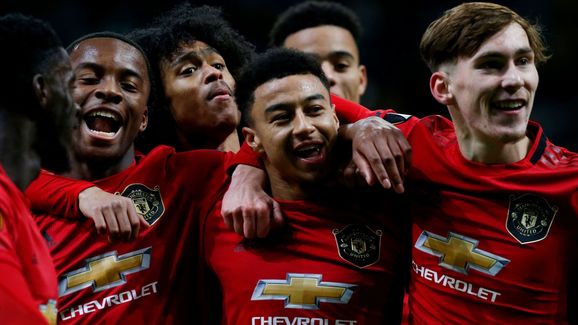 "You've got to put them on the pitch before you know if they're good enough. Full debuts for Ethan, Di-Shon and Dylan. I thought all three of them were excellent."

United had already qualified for the knockout stages of the Europa League before Thursday's fixture and now turn their attention back to domestic action.

Solskjaer's side face Aston Villa on Sunday in a game they'll be desperate to win in order to keep the Champions League places within reach.