Tottenham are two wins from two under new boss José Mourinho but face a tough test to make it three when they welcome Bournemouth to the Tottenham Hotspur Stadium on Saturday.

Mourinho's men followed last weekend's 3-2 league win away to West Ham by recovering from two goals down to beat Olympiacos 4-2 at home in the Champions League on Tuesday. It appears the good times are back at Spurs after Mauricio Pochettino's sacking but Bournemouth will be hoping to spoil Mourinho's home league bow.

The Cherries are looking to bounce back from a shock 2-1 loss away at struggling Newcastle, before they fell at home to Wolves by the same scoreline.

But despite those defeats, Eddie Howe's team have more or less matched their hosts blow for blow this season, sitting 11th, only one point and one place behind ​Spurs in the table.

Here's everything you need to know ahead of the ​clash.

Mourinho could call on Belgian centre half Jan Vertonghen, who returned to training this week and was an unused substitute in the ​Champions League win over Olympiacos.

Tanguy Ndombele may also be in line for a recall. The midfielder is yet to start either of Mourinho's first two games in charge but may benefit from a shuffling of the pack this weekend.

However, the Spurs boss will have to make do without Ben Davies, who looks set for a prolonged spell on the sidelines after suffering an ankle injury in the West Ham game. Erik Lamela is a major doubt, as he struggles with a hamstring injury which has seen him miss the last four games, while Hugo Lloris, who has been out since October, remains a long term absentee with an elbow injury.

As for the visitors, captain Simon Francis will miss Saturday's game following his red card in the home defeat to ​Wolves. Phillip Billing is also unavailable through suspension. The Cherries are also without Joshua King and David Brooks. The Norwegian has a thigh injury, while a foot problem means the Welshman is missing.

Eddie Howe's attacking options are further hampered by striker Dominic Solanke being doubtful with a thigh strain. Andrew Surman and Lloyd Kelly are thought to be big doubts and Charlie Daniels and Junior Stanislas both face late fitness tests.

Spurs have been dominant in this fixture, winning six out of eight matches contested between the two sides in the Premier League.

Spurs' biggest win over ​Bournemouth was a 5-1 drubbing in their first ever league meeting in October 2015, in which Harry Kane bagged a hat-trick. Erik Lamela and Mousa Dembélé were also on the scoresheet that day. 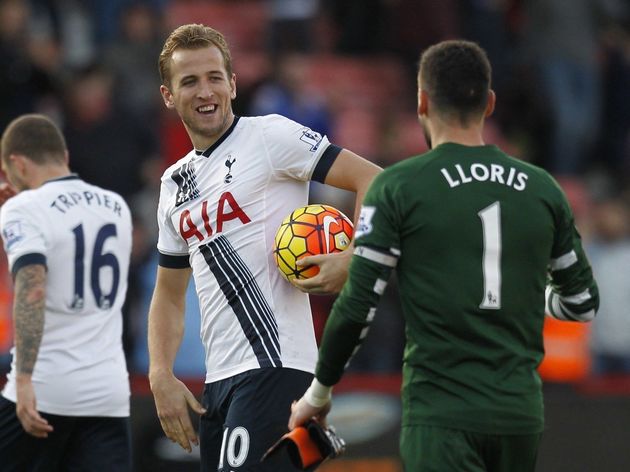 In fact, the south coast side haven't claimed a single point in their previous four visits to Tottenham and have only one win to their name overall.

However, that victory came in the teams' last encounter in March when the Cherries won 1-0, courtesy of a Nathan Aké injury-time winner.

Spurs have their bounce back following two wins under Mourinho, but they still lie tenth in the league and know there is work to be done. Prior to Mourinho's arrival, the Lilywhites were without a win in five league games in a run which stretched back to a 2-1 win over Southampton in September.

Eddie Howe will no doubt be expecting a marked improvement on their last away day when they fell to Newcastle at St James' Park.

The visitors have lost two in a row but before those losses were unbeaten in three, in a streak which included the scalp of Manchester United.

The Mourinho effect has lifted Spurs and a home win looks on the cards at the Tottenham Hotspur Stadium. Given the injuries and suspensions looming over Eddie Howe's side, teamed with Bournemouth's recent form, the hosts have to be favourites.

However, it won't be a one-sided affair. Goals are definitely in the offing for both teams, with Tottenham scoring seven but conceding four in Mourinho's two games so far.