Premier League Fantasy Football: Who's Hot and Who's Not in Gameweek 14

It's time to start gearing up for the weekend, and by gearing up I mean making sure your Fantasy Premier League team is as prepped for success as humanly possible.

Gameweek 13 saw managers pick up 49 points on average, with one punter recording a high score of 124 thanks to some big scores from Son Heung-min, Jamie Vardy and Marcus Rashford. ​There are a few interesting fixtures to keep your fantasy eye on this weekend, with Newcastle hosting Manchester City in Saturday's early kick off, while Arsenal face Norwich on Sunday with Manchester United's clash with Aston Villa rounding off the fixture list.

So, who's gonna bag you some goals? Who's been looking a bit ropey over the last few gameweeks? Let's get into it...

Nick Pope: This guy is so hot right now. England international Pope has 18 points from his last two games and faces Crystal Palace at home on Saturday. However, a word of warning: Burnley face ​Manchester City and ​Tottenham after their clash with the Eagles.

Kasper Schmeichel: Schmeichel is on one hell of a roll. He doesn't pick up many bonus points, with just one so far this season, but the Danish stopper has kept four clean sheets on the bounce. He faces Everton, Watford, Aston Villa and Norwich in his next four games. Mathew Ryan: This seems like an obvious shout, given that Liverpool like scoring goals at Anfield. However, Australian Ryan is surprisingly the most picked regular starting goalkeeper, so there's evidently a need for a lot of managers to tinker with their GK selections.

Brandon Williams: Sure, ​United aren't a particularly good defensive team. We all know that. But Williams only costs £4m and is expected to hold down the left back spot for the foreseeable future. He's also a threat in the final third, taking his goal against Sheffield United incredibly cooly.

Ben Chilwell: As previously mentioned, Leicester have a great run of fixtures coming up, games in which they shouldn't be overly tested defensively. Given that Chilwell is also a threat at the other end of the pitch, it's a good idea to draft him in for both defensive and attacking rewards. 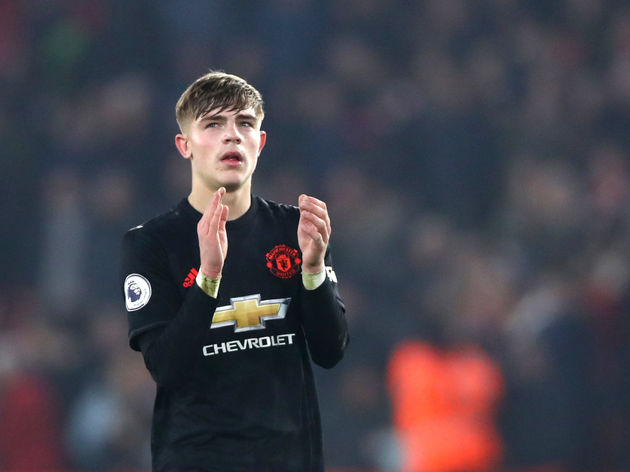 Kyle Walker: City have struggled defensively so far this season and Walker has faced sterner competition for the right back spot in recent weeks, with Joao Cancelo being given plenty of chances by Pep Guardiola. Best to avoid him for now.

Son Heung-min: Probably Tottenham's best player so far this season, Son was a threat all afternoon against West Ham and now has two goals and three assists in his last four games. Next up for Spurs is Bournemouth at home, a game which will almost certainly be littered with goals.

Todd Cantwell: Need a budget midfielder? That early season favourite Cantwell was back among the points in Norwich's 2-0 win against Everton, even if he did pick up a knock that led to him being subbed. The Canaries face ​Arsenal on Sunday, and mark my words, Cantwell will score a scruffy goal from a corner in a 1-0 win which gets Unai Emery sacked. He's an injury doubt but should be fit enough to start. Raheem Sterling: How dare Raheem Sterling go three games without a goal or an assist. Doesn't he know his £12m price basically demands points every week? Doesn't he know what he's putting fantasy managers through by not scoring loads of goals? Next up is a trip to Newcastle, who he's only scored three goals against and where City lost last season.

Gabriel Jesus: But where Sterling may struggle, expect Gabriel Jesus to make an impact. Sergio Aguero is out for the foreseeable future with a groin injury, so the Brazilian should be given the nod up front. Not many managers have opted for Jesus this season, so he could be a tasty differential for a week or two.

Raul Jimenez: This dude has three goals and an assist in his last three and, at just £7.5m, represents very good value. Wolves face Sheffield United on Sunday, and the Mexico international could be an excellent replacement for a certain Chelsea striker who picked up an injury on Wednesday... Tammy Abraham: The England international was taken off at half time during Chelsea's Champions League rollercoaster with Valencia on Wednesday. The injury is said not to be as severe as first feared, but it would make sense if Frank Lampard opted to bench the striker in favour of Michy Batshuayi.