Marco Silva's time as Everton manager is finally up, with the disastrous 5-2 Merseyside derby against Liverpool the final nail in his Goodison Park coffin.

The Toffees have been absolutely dismal this season, and find themselves in the relegation zone after losing nine of their 14 Premier League games thus far. There is no let up for the Toffees heading into the festive period, with caretaker manager Duncan Ferguson, who 90min ​revealed would take over if Silva was sacked back in November, preparing to take on high-flying Leicester.

A glut of potential candidates have already been linked to the job, but it's the same old chestnut for many - who on earth would be suitable to take on the sinking ship?

Well, 90min is here to spin you through the runners and riders, before deciding who owners Farhad Moshiri and, to a lesser degree, Bill Kenwright should be thinking of employing next... Listen, his spell at Manchester United didn't go well, but David Moyes is not a bad manager. When he was previously in charge of ​Everton, he did a fantastic job of maintaining a consistent league position just outside the Champions League places with limited funds.

However, Everton want to go up a level. In a competitive league, with the club willing to spend a lot of money, Moyes just can't be trusted to be that man to make them compete with the big boys.

90min Recommends: Thank him for memories but he's not the one. Hughton did a good job at Brighton before he was replaced by Graham Potter, and he seems like a nice enough person. However, if you are looking to break into the Premier League's elite, this would simply be the wrong move.

Decent manager but not a top one.

90min Recommends: Have a look somewhere else. No. No. No, no, no. The fact that Hughes has been linked with Everton is just... no.

How he keeps getting jobs in the Premier League is baffling. No. Placed in temporary charge after Silva's departure, one thing that you can guarantee Ferguson will bring is passion - and plenty of it.

The fiery Scotsman bleeds Everton blue and will do his utmost to rally the troops while they hunt for a permanent successor, though he won't be on the list of candidates.

90min Recommends: Retaining him on the first-team coaching staff. 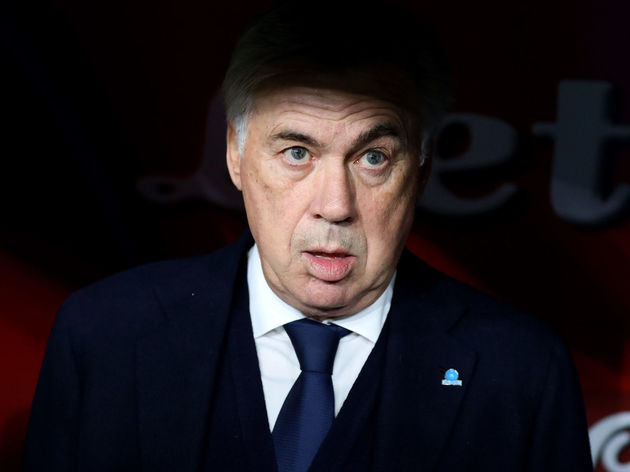 Bizarrely, Napoli manager Carlo Ancelotti is said to be in the running for the job, even though he is managing one of the biggest clubs in Serie A.

The Italian is a serial winner and has managed some of the biggest clubs in the world - including Juventus, AC Milan, Chelsea, PSG, Real Madrid and Bayern Munich.

Next stop, Everton? It would be a surprise......even if his relationship with Napoli's president is at an all-time low.

90min Recommends: Taking out a huge phone contract, he may need lots of persuading. Wilder is doing a fantastic job in charge of Sheffield United, and has exceeded all expectations as they sit in sixth in the Premier League.

He has got his side playing enthralling football, which includes working hard and playing as a cohesive unit. He is adored by the home faithful, so halfway through a Premier League season, he may be reluctant to leave.

However, even if he wanted to leave, this would still be somewhat of a risk. Managing a team with little expectations at the start of the season is completely different to going to a team who expect to do well and are giving you millions of pounds to sign some top players. Could he take the step up? This would be a really good appointment for Everton. Benitez is a top manager; a winner with a fantastic CV. He has managed some of Europe's elite clubs, including Liverpool, Real Madrid and Chelsea. Eddie Howe has done a very good job at Bournemouth, and a big tick next to his name is the fact that he improved almost every player at the club. As well as that, he has instilled some exciting football on the pitch, gaining a number of admirers around the Premier League.

He has been linked with a number of top clubs and been encouraged to take the step up, and this might be the move for him.

With experience of the league and a fantastic philosophy, Howe has to be on the shortlist. Whether he succeeds or not is a different question.

90min Recommends: Offer him an interview and see how it goes. Perhaps a surprise candidate, Pereira isn't a name who will be instantly recognisable to English audiences.

However, he has plenty of experience working abroad - with the Portuguese boss venturing outside of his homeland to manage in Greece, Saudi Arabia, Turkey and China. He's been pretty successful, too, winning four league titles in his decade-long career at the highest level.

If that's not enough to sway you into thinking he should be a candidate, perhaps the press conference above is evidence enough that he would be box office Premier League.

90min Recommends: Offer him an interview and see how it goes. Let's weigh this up. Arteta has been in the Premier League as a player and coach since 2005. He played for Everton for seven years. He has been assistant coach to Pep Guardiola - arguably the best manager in the world - since 2016. He is young and must have an exciting philosophy after sitting next to the man who made tika-taka football blossom.

Arteta just makes sense. They tried Roberto Martinez, Ronald Koeman and now Silva, and none worked. Maybe it's time to give a young man with fresh ideas a chance. There's no doubt that fans would welcome him with open arms too. You're the man, Mikel.

90min Recommends: Appointing him as manager.