A bizarre late equaliser from Daniel Wass prevented Chelsea from securing a place in the Champions League knockout stages in an enthralling clash with Valencia at the Mestalla Stadium on Wednesday night.

Valencia looked like they found the pivotal early goal, only for Maxi Gomez to completely miss the ball when presented with a glorious chance from Rodrigo's low cross. The striker then wasted another superb opportunity, only this time to be halted by a fine Kepa save.

It was Jasper Cillessen's turn to save his side shortly after, as Tammy Abraham's side-footed effort looked destined for the top corner before the Dutch goalkeeper intervened. That had a significant impact just seconds later, as Carlos Soler turned home from close range to hand Valencia the lead. It didn't last long, however, when Mateo Kovacic fired home from range to level matters less than two minutes later.

​Chelsea then took the lead shortly after the restart, as Christian Pulisic tapped home from close range, after a lengthy VAR review deemed the American to be onside. With the game being played at blistering pace, the home side then had the opportunity to draw level after Jorginho felled Jose Gaya in the box. Kepa stood up to the challenge, however; making a fine right handed save to deny Dani Parejo.

Los Ches continued to throw men forward as the game wore on, with their second goal of the night coming in bizarre fashion as Wass' right wing cross was poorly hit - but beautifully aimed - as it stunned everyone and flew into the Chelsea net off the far post. Both sides went hammer and tong as the minutes wore on, with seven minutes of stoppage time seeing chances aplenty for both outfits.

Well, how do we unpack all of that? 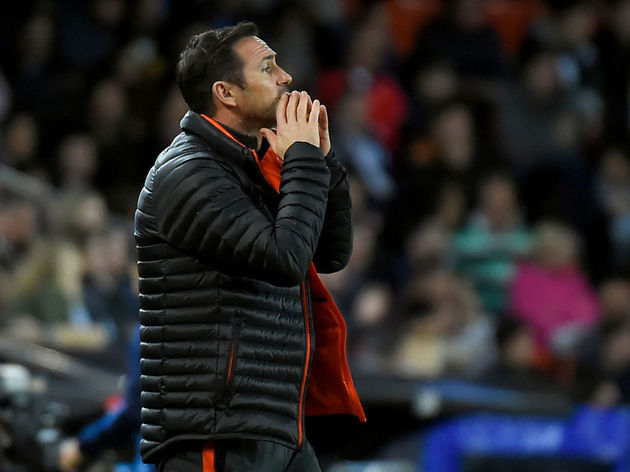 This was a hugely entertaining encounter, the kind of one you'd rather just kept going on all night. Probably not what Frank Lampard thought, mind you, with his Chelsea defence looking rather shaky in a first half that Valencia deserved at least a goal from.

Some astonishing Gomez misses prevented that from happening, but the idea of dropping Fikayo Tomori and playing Cesar Azpilicueta seemed to confuse the backline, who conceded far too many chances.

Netting early in the second half looked like it would settle nerves, but the home side were happy to throw men forward in search of an equaliser that would be crucial to their own hopes of qualification. It was end-to-end stuff, with Chelsea's efforts to cling on ending in failure through the unfortunate manner in which they conceded.

It was a truly barnstorming encounter that could have ended 5-5 let alone 2-2, but in the end it does neither sides any favours heading into the final group matches. Luckily for Chelsea, however, they take on bottom side Lille at home, knowing that Valencia will need to travel to Ajax, which poses a far more daunting proposition.

You couldn't take your eyes off proceedings, but the manner in which Chelsea were carved open on numerous occasions will be the key issue for Lampard to unpick when the squad head back to London. 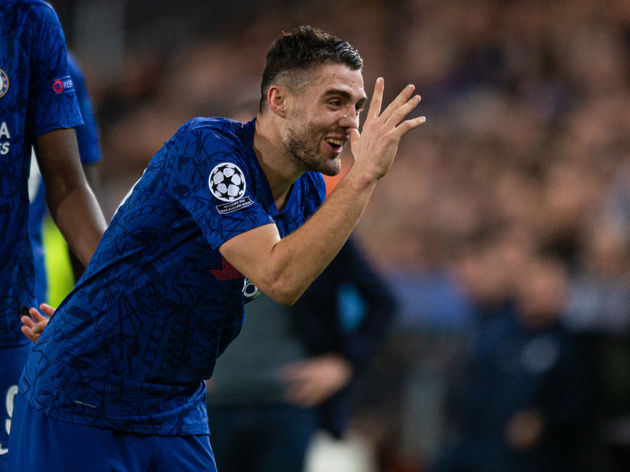 It was a long time coming, but Mateo Kovacic finally netted his first Chelsea goal at the 71st time of asking. Do not scratch your eyes, it actually happened. And it was a top drawer strike, mind you.

Scoring aside, he was the engine in the Blues midfield who was driving forward with the ball in the absence of Mason Mount, offering a threat going forward while equally keeping hold of the ball in situations that called for calm.

He's a player who has truly blossomed under Lampard, and his immense form is keeping the club's star of the season on the bench. That says enough. Another excellent night from the Croatian.

1 - Mateo Kovacic has scored his first goal in 122 appearances across all club competitions, netting his first goal for Chelsea on his 71st appearance, and with his 45th shot. Thirsty. #UCL pic.twitter.com/zQfmTWygnD

KOVACIC IS PROBABLY THE BEST MIDFIELDER IN THE WORLD RN

Kovacic has been world class. His best game in a Chelsea shirt. Never thought I'd say that.

Valencia are back in La Liga action on Saturday as they play host to Villarreal on Saturday night, meanwhile Chelsea are also playing host on the weekend, as West Ham travel to Stamford Bridge in the Premier League.