​Over two months removed from their dramatic meeting on matchday one, Liverpool and Napoli reacquaint themselves in the Champions League on Wednesday evening.

Last time out, the Serie A side were 2-0 winners with late goals from Dries Mertens and Fernando Llorente getting

The Reds were able to bounce back from this result and currently top Group E, one point ahead of ​Napoli who are second.

The winners of Wednesday night's contest will no doubt progress to the knockout stages as group winners, but can analysing the stats tell us anything about who might be victorious? 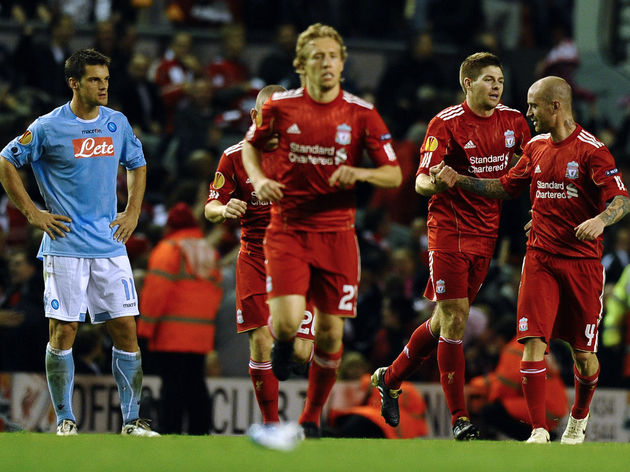 ​It is not the first time that these two sides have met in European competition, with the Reds facing off against Napoli in the group stages of the 2010/2011 Europa League and last season's Champions League.

In both of their home games in those campaigns, Liverpool came out on top - defeating ​What's so bad about England that it renders Napoli so incapable of winning during their trips there?

Carlo Ancelotti's side have played nine matches in the country in all European competitions and have not won once. They couldn't even beat Burnley when they travelled over for a Fairs Cup match in 1967. ​Liverpool must love it when a side from Italy comes to town. Out of their last seven home meetings with Italian teams they have failed to win only once.

The blot on their record came in the form of a 2-1 defeat to Fiorentina during Rafa Benitez's tenure in charge at Anfield. ​By defeating Liverpool on matchday one, Napoli become the first team to deny the Champions League holders a winning start to the subsequent campaign since Ajax beat Milan in 1994.

If they can win again on Wednesday they will become only the third side to ever defeat the UCL holders home and away in the group stages. Callejón created a remarkable 11 chances in his side's 1-1 draw,

Carlo Holds the Keys to Victory ​His future as manager may be in doubt, but Carlo Ancelotti may be able to mastermind a Napoli victory at Anfield on Wednesday.