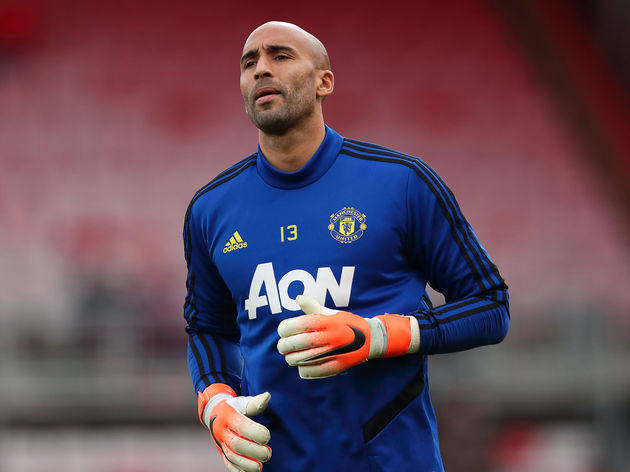 Solskjaer was already expected to take a young squad on the lengthy round trip to Kazakhstan in order to rest key senior stars ahead of a busy few weeks, with first-team coaches Michael Carrick and Kieran McKenna also remaining behind in Manchester to continue working.

Speaking to the media upon arriving in Kazakhstan, Solskjaer described the game as a ‘fantastic opportunity’ to see a number of younger players in action.

“You’re going to see Ethan Laird, Di’Shon Bernard and Dylan Levitt from the start. The subs that come on, that will be their debuts. You’ll definitely get a few,” the boss said. 18-year-old Laird (pictured), is a right-back and was previously on the bench for the away clash with Partizan. Bernard, 19, is set to partner the fit again Axel Tuanzebe in the centre of defence, while Levitt is also 19 and has already been called up by Wales at senior international level.

Solskjaer has suggested that Luke Shaw could make his long-awaited return from injury after being sidelined since August, while Jesse Lingard will likely be the most senior outfield player.

“We’ve done great to qualify after four games, so it gives us an opportunity to give game time to experienced lads who need it, like Axel, Jesse, and Luke,” the Norwegian explained.

Ole: "We've done great to qualify after four games, so it gives us an opportunity to give game time to experienced lads who need it, like Axel, Jesse, and Luke."#MUFC #UEL

The likes of Mason Greenwood, Angel Gomes, James Garner and Tahith Chong are the most established youngsters in the travelling party that have already made first-team appearances.

The squad also includes 19-year-old defender Max Taylor, who has been called up to the first-team for the first time, having started cancer treatment 12 months ago and been given the merciful ‘all clear’ in February of this year following a risky operation.

All told, there are as many as 14 teenagers in the 18-man squad to face Astana. Grant, Shaw, Tuanzebe and Lingard are remarkably the only ones to have celebrated a 20th birthday.