Emery is thought to retain the immediate support of his Arsenal bosses, with his position up for review at the end of the season anyway. However, there is a growing belief that time could run out much faster for the Spaniard if results continue to be poor.

Just this week, it was reported that Arsenal risk losing their best players in the summer if Emery remains in charge, while respected journalist David Ornstein has described the manager’s departure as a case of ‘when not if’ that hinges on immediate results.

Whatever way you look at it, Emery is not likely to last unless there is a drastic upturn.

According to Goal, Arsenal staff are ‘expecting’ Emery to be sacked. He will remain in the hot seat for this week’s Europa League clash with Eintracht Frankfurt, but the report claims that club employees are simply ‘waiting to be told the under-fire coach has been dismissed’.

Given the situation, it would certainly be appropriate for Arsenal to already be weighing up potential replacements. As such, the Daily Mail names Nuno as a person of interest and the ‘leading candidate’ to become the next Gunners boss. 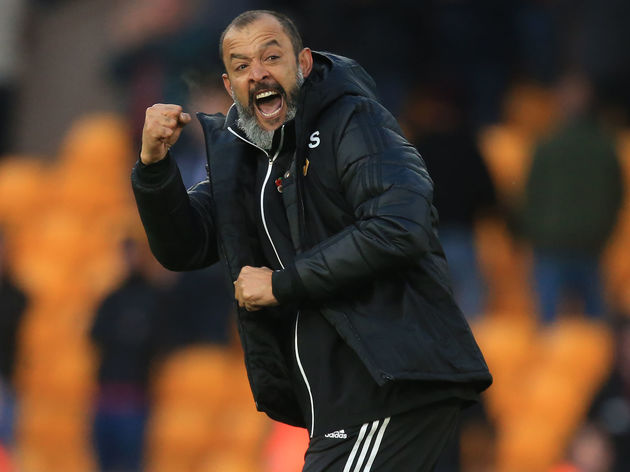 What is noted is the close relationship between Nuno’s agent Jorge Mendes, the man who has supplied many of Wolves’ recent transfer hits, and Arsenal head of football Raul Sanllehi.

Nuno, a former goalkeeper in his playing days, has earned rave reviews since moving to Molineux in 2017. He guided Wolves to promotion from the Championship in his first season and then oversaw a seventh-place Premier League finish and Europa League qualification.

This season started poorly for Wolves after wins proved hard to come by, but they are unbeaten in the league since September and have now risen to fifth in the current table, ahead of Arsenal.