Barkley, who has been out of action since October because of injury, was allowed to travel to Dubai for a short warm-weather break during international week. 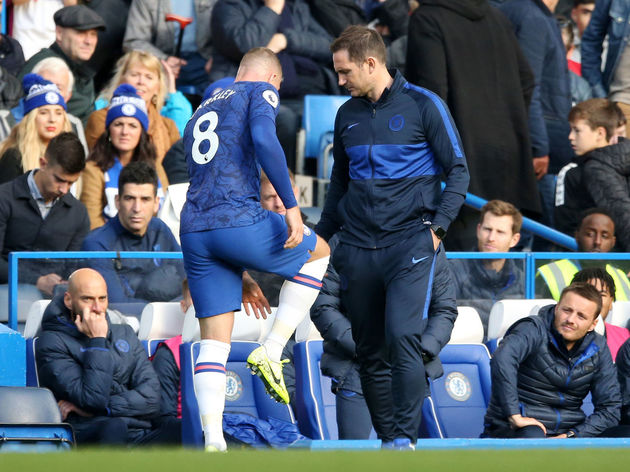 It was there that he was reported to have had the night out in question, and while the player was not actively doing anything wrong, it is the second time this season his professionalism has been called into question.

Barkley had a run-in with taxi driver after a night out in October. It was reported at the time that the former Everton player appeared to drunk when arguing with the driver over money, having spilt chips in the back of the vehicle. He was then escorted to a cash machine by police so he could pay for the mess to be cleaned.

On that occasion, Lampard was keen to stress the incident itself was fairly meaningless but labelled Barkley ‘naïve’ for getting into the situation in the first place.

This time, it appears to be more of the same from the manager, with his disappointment firmly in the negative attention Barkley has brought on himself and the club, rather than the actions.

Ross Barkley is facing further questions over his professionalism after he was videoed dancing topless and seemingly the worse for wear in a Dubai nightclub during last week's international break. pic.twitter.com/3mQYYFOqwk

“There are two separate issues, one is the headlines this week, Ross knows how I felt about the first headline,” Lampard is quoted as saying by BBC Sport. Chelsea

"It’s not something that I want to be a pure dictator about and come down hard on, because I also understand all my players are humans and have lives and I don’t think it’s a terrible thing that he’s done.”

Lampard has worked hard to instil discipline in the Chelsea squad this season and the list of hefty fines he has imposed, primarily for lateness, recently went viral after it was leaked online.