Stoke City came within inches of signing Filip Benkovic from Leicester on loan in the summer, only for the Premier League side to pull the plug at the last minute.

The 22-year-old moved to King Power Stadium from Dinamo Zagreb in the summer of 2018, before moving on loan to Celtic for the duration of the 2018/19 campaign, where he won a domestic treble.

He returned to the east Midlands at the end of the season to reunite with Brendan Rodgers, who left Celtic to take on the managerial role at Leicester in February. It was widely expected that he would head out on loan to gain further experience, before returning to the club for a first team place. 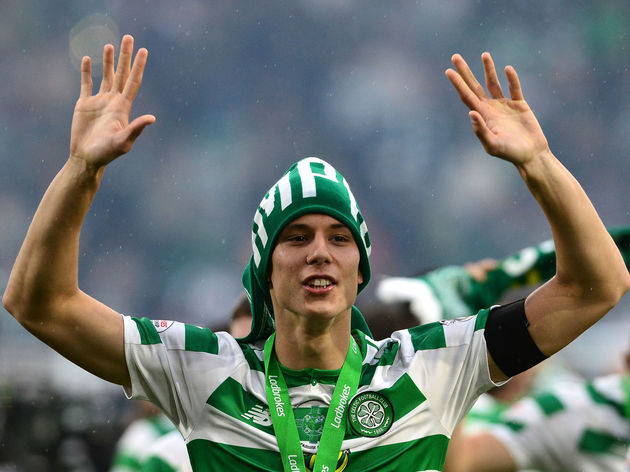 Now, according to Stoke Sentinel, it appears that Stoke had a loan deal for Benkovic agreed, only for Rodgers to back out of sanctioning a deal - because of Harry Maguire.

He joined ​Manchester United for £80m this summer and his departure seemingly put the brakes on Benkovic's potential exit, as Leicester wanted to ensure they had significant cover in defence.

That said, Benkovic has not been able to force his way into Leicester's plans this season - with the emergence of Çağlar Söyüncü a real positive in what has been a sensational start to the season for Rodgers' side.

Stoke, meanwhile, started the season woefully, winning only one of their first 10 ​Championship games. In fact, during that stretch, the Potters shipped 21 goals, conceding an average of more than two goals per game as Nathan Jones' side hit rock bottom.

His tenure didn't last much longer as he was given his marching orders at the beginning of November. Northern Ireland manager Michael O'Neill was named as his successor and since then, things have picked up.

Stoke are off the bottom of the table after winning their first two Championship games under his management, earning a 4-2 win away at Barnsley before following that result up with a dramatic last-gasp 2-1 win over Wigan. However, with keeping clean sheets still an issue, O'Neill may opt to revive interest in Benkovic during the January transfer window. A move will likely interest the Croat, as he has been restricted to playing Under-23 football this season.