Football, football, football. You love it, we love it, everybody loves it - unless you're a Bayern Munich fan having to travel to Belgrade on a, most probably, cold and wet midweek night for a Champions League clash with very little at stake.

That's because Bayern are already guaranteed of their place in the last 16 after winning their opening four group B games, and lie five points ahead of Tottenham in second place.

The Bavarians need just a solitary point to seal top spot - having annihilated Spurs 7-2 at the Tottenham Hotspur Stadium earlier in the season - and come up against a Red Star side who must win to keep alive their faint hopes of qualification.

But the game itself isn't what you're interested in, it's the pre-match statistics, isn't it? Well, never fear - because 90min are here to plug that knowledge gap with some of the best number crunching known to man, courtesy of our friends at ​Opta.

With kick off approaching, grab a cuppa, or a stein, and enjoy... Red Star probably don't have a favourable record in Europe against many sides - in modern times anyway - and against ​Bayern, things are no different.

These two have clashed six times over the course of time - with Bayern coming out on top in three of those six games, drawing one and losing two. The Bundesliga champs have won the last two meetings, netting three times in each game.

Die Roten also have a good recent record against sides emanating from Serbia (including Yugoslavia). Bayern are unbeaten in their last seven encounters, winning four in a row - scoring three goals on each of those occasions. 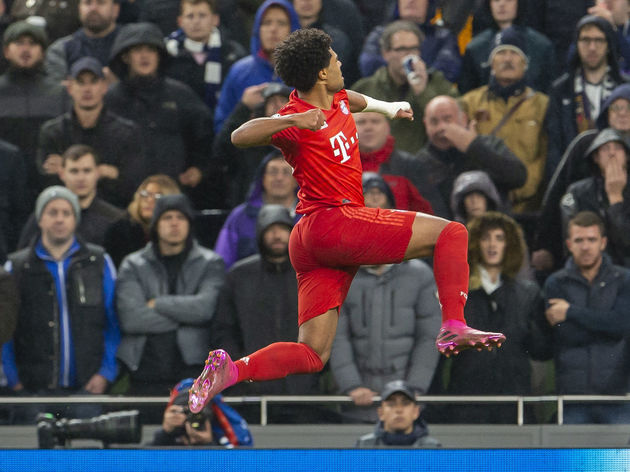 Many sides find it tricky on the road in Europe, and there's definitely no shame in that. After all, in the ​Champions League, you're coming up against the best of the best.

Bayern, however, don't appear to be phased by hitting the road, avoiding defeat in their last 11 away games. During that run, eight of those matches have resulted in victories - with the current run their best ever in Europe's premier club competition. Things haven't been going well for Red Star in Europe of late. They've lost their last two outings against Spurs 5-0 and 4-0, leaving them on the cusp of joining European greats Dinamo Zagreb (2011/12) and Malmö FF (2015/16) in an exclusive club of whipping boys.

Those two sides are the only pair to lose by four or more goals in three consecutive Champions League games, which really isn't great. The good news is that Red Star have not lost back-to-back home games in the Champions League for 54 years - so maybe it's not all doom and gloom, after all? These two sides may actually be a match made in heaven. Why, you may ask?