Former Tottenham Hotspur manager Mauricio Pochettino is reportedly 'in the frame' for the Bayern Munich job, as the German giants continue their search for a permanent manager.

After five-and-a-half years at the club, Pochettino recently parted ways with the north London side following a poor start to the season, with former Manchester United manager Jose Mourinho replacing him in the dugout. Although the 47-year-old has not been out of management for long, he has already been linked with numerous roles. The Daily Mail are now reporting that Pochettino will be one of the contenders to fill the managerial vacancy at Bayern Munich.

The report claims that the German side's chiefs will meet this week to discuss their options, with the former Spurs head coach in consideration. 90min understands that Pochettino has turned down the chance to manage Bayern on multiple occasions in the past.

Die Roten parted company with Niko Kovac at the start of November, after a 5-1 hammering by Eintracht Frankfurt. Hans-Dieter Flick is currently the interim head coach and has helped guide his side to three successive wins - including a 4-0 drubbing of Borussia Dortmund. 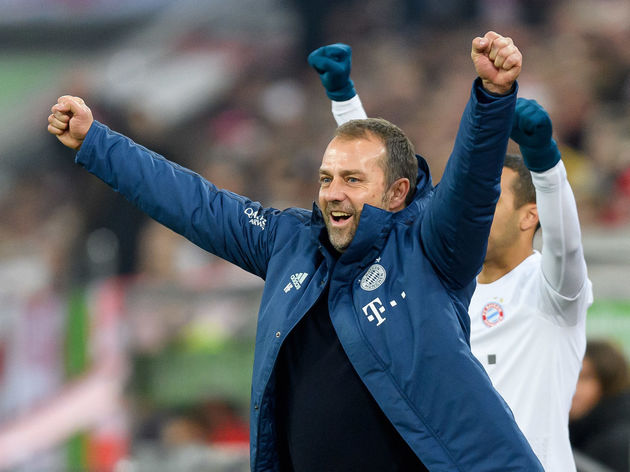 However, as per the Mail's report, Bayern are not considering the 54-year-old on a permanent basis, as they look to land a bigger name 'to be a figurehead of the club'.

Another candidate for the job is Ajax's Erik ten Hag. It was recently revealed that the German side made an approach to the Amsterdam outfit over the availability of Ten Hag, but were informed that the manager would not be allowed to leave before the end of the current season. The 46-year-old later confirmed this himself, claiming: "I can confirm I will stay at Ajax this season. Bayern is a fantastic club, it is still in my heart, but I am at Ajax."

Bayern have confirmed that Flick will remain in charge until at least Christmas, giving them time to continue their hunt for a new manager.