​Crystal Palace have failed in a bizarre bid to bring on-loan striker Alexander Sorloth back to the club, which included Belgian international Christian Benteke.

The Norwegian front man is on an 18-month loan at Trabzonspor from Selhurst Park, and has become a huge fan favourite in Trabzon thanks to his good performances this season. The 23-year-old has bagged seven goals in 12 games in the Super Lig so far this campaign.

According to ​Fotospor, Trabzonspor swiftly rejected the offer from ​Crystal Palace, and are simply not looking to lose one of their key men when he is happy at the club. Reports in Turkey claim that there is a clause in the contract that means the Turkish side can sign Sorloth for €6m if he plays 50% of the side's games - which looks inevitable. However, ​Sabah are also reporting that officials of the club are set to travel to London to hold talks with the Eagles over lowering that price to €4m.

Roy Hodgson is looking to bring a striker to the club to offer support and competition to current first choice and in-form man Jordan Ayew. The 28-year-old has scored four times in the Premier League this season, and for a team who find goals hard to come by, that is not a bad tally.

With ​Benteke a shadow of the player he was back at Aston Villa, Hodgson knows that he isn't the right man to offer a plan B for his side. However, the unusual loan-and-swap-back deal appears to have failed. 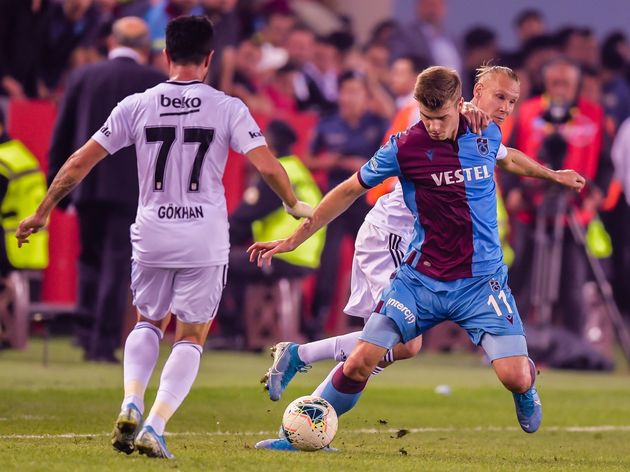 It's a strange move from Palace to attempt to bring back Sorloth, especially considering the striker struggled badly during his ill-fated spell at Selhurst Park, mustering just one goal and one assist in 20 appearances.

The Palace hierarchy may simply be hoping that the confidence of netting seven times so far this season will set him up to succeed in England, but all the signs so far are that he is not cut out for the Premier League.

Palace now head to Burnley this Saturday in the league, and will once again be relying on Ayew to provide the goals and lead the line for them.