​Manchester United 'believe' that they're still leading the race to sign Jadon Sancho from Borussia Dortmund next year, although Liverpool, Real Madrid and Barcelona are among a group of clubs who are also tracking the England international.

The 19-year-old really emerged as a star player for Dortmund last season, where he was directly involved in 32 goals in 43 appearances across all competitions, something which prompted a host of transfer interest before the start of the 2019/20 campaign.

Borussia Dortmund held their nerve and held onto Sancho, but club officials have already admitted the England international will eventually leave and it's expected that this will be his last season in the Bundesliga. 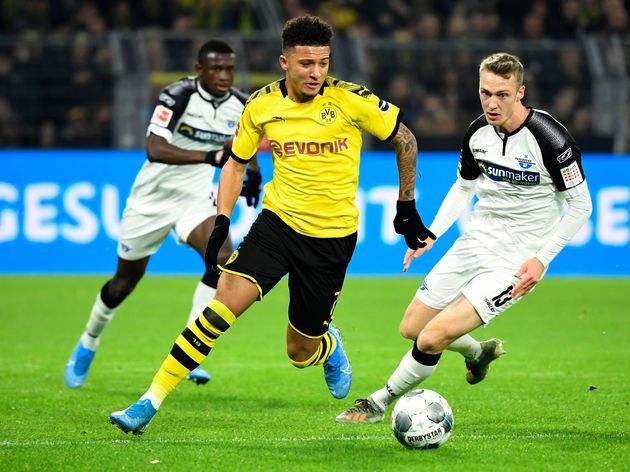 At the start of the season, 90min learned that United were confident about the possibility of signing Sancho in 2020 and have already been planning how they would finance a move for the former Manchester City academy star.

90min also understands that Sancho would be open to moving to Old Trafford.

In the latest development surrounding Sancho's future, The Telegraph has reported that Manchester United are still confident they're leading the race for Sancho's signature - and 'believe' themselves to be frontrunners even amid interest from other top sides across Europe.

There have been suggestions throughout the season so far that a move away from Borussia Dortmund could happen in the January transfer window, but even after Sancho's falling out with the club, he's still more likely set to stay until the end of the season.

Five or six signings?
Are new signings the priority or a new manager? 類 https://t.co/p3hz33VFXx

The teenager was fined by the club and subsequently dropped for their match against surprise title contenders Borussia Mönchengladbach after he arrived late from international duty, which sporting director Michael Zorc hinted was a way that Sancho could 'test his limits' at Dortmund.