Man City vs Shakhtar Donetsk: 5 Facts & Stats to Impress Your Mates Ahead of Champions League Clash

Manchester City will confirm safe passage to the Champions League's last 16 with anything other than a defeat at home to Shakhtar Donetsk on Tuesday night. Meanwhile, the Ukrainians appear in a straight shootout with Dinamo Zagreb for second place in the group.

Claudio Bravo is also suspended for this one, but unlikely to have got a look in any way - not with Kyle Walker's form between the sticks.

Without further ado, here are five key statistical nuggets from Opta to pass off as your own prior to kick off... The signs point to a victory for ​City tonight. 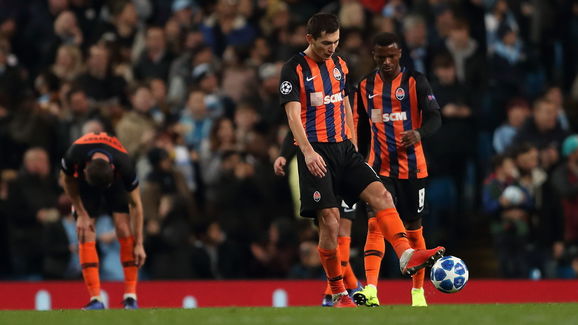 Shakhtar Donetsk have lost on both of their previous visits to face City at the Etihad in the Champions League, conceding eight goals without reply. Yikes.

However, the Ukrainians have never lost their first three away games against a single team in UEFA Champions League history. So there's a glimmer of hope... The good people of Donetsk are probably sick of the sight of Manchester City manager Pep Guardiola, who has won nine of his 12 matches against Shakhtar in all competitions as manager.

In fact, he’s won more games against them than he has against any other in European competition. City have won their last six home Champions League games, the longest current run of any side.

Before City, the last English side to have a longer run were Chelsea, who won seven on the bounce at Stamford Bridge between March 2008 and February 2009.